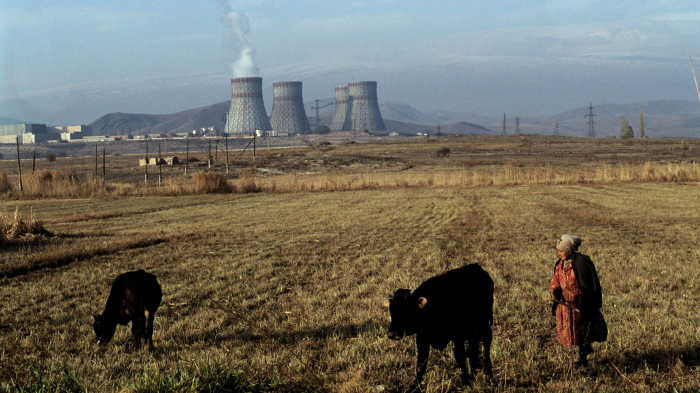 The Armenian Nuclear Power Plant (NPP) will not work for 141 days as it was suspended for maintenance works, AzVision.az reports citing the Armenian media.

Note, the Metsamor NPP is situated on an active seismic fault; the site of a devastating earthquake killed more than 50,000 people in 1988. Armenia signed a Partnership and Cooperation Agreement (PCA) with the European Commission promising to shut down Metsamor by 2004. Nevertheless, the plant was in extremely poor condition that made its operation insecure and dangerous. The decision to restart the operation of the NPP led to the fears of another Chernobyl as it suffered from the same deficiencies in all early Soviet-designed reactors such as poor management, insufficient fire control, outdated computers, lax training, bad construction and not containment structure to prevent a catastrophic release of radiation in the likely event of an accident.

In addition to its ageing technology, Metsamor, high in the mountains, lacks suitable water resources to use as reactor core coolant in the event that an earthquake damaged the facility, while Armenia’s parlous fiscal situation means that its government lacks financial resources to address the consequences of a possible accident.

Metsamor is one less than a half dozen remaining nuclear reactors of its kind that were built without primary containment structures. In 2020, Armenian officials said that they planned to extend the operating lifetime of the Metsamor nuclear power plant until 2026 but it could continue to remain operational until 2036 after modernization.