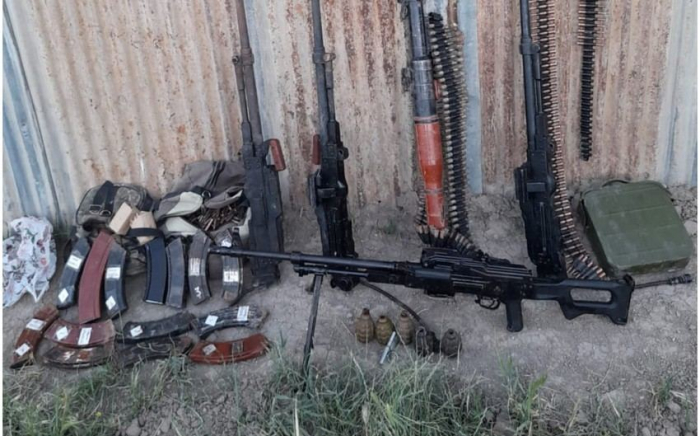 Munitions left by the Armenian Armed Forces while fleeing (during the Second Karabakh war from late Sept. through early Nov.2020) were found in Azerbaijan’s Khojavand district, AzVision.az reports citing the press service of the Interior Ministry.

The munitions were handed over to related structures.

Armenian Armed Forces launched a large-scale military attack on positions of the Azerbaijani army on the front line, using large-calibre weapons, mortars, and artillery on Sept. 27. Azerbaijan responded with a counter-offensive along the entire front.

The conflict between the two South Caucasus countries began in 1988 when Armenia made territorial claims against Azerbaijan. As a result of the ensuing war, the Armenian Armed Forces occupied 20 per cent of Azerbaijan, including the Nagorno-Karabakh region and seven surrounding districts. The 1994 ceasefire agreement was followed by peace negotiations.