Azerbaijani troops instructed to get ready for counter-terrorism operation 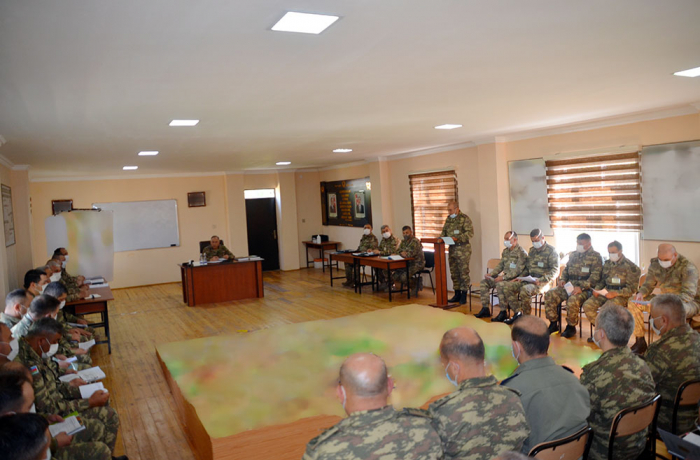 The reports were made on the terrain board.

The exercises clarified the decisions on counter-terrorism operations, the combat missions, and the organization of the interoperability between the troops.

After hearing the reports, relevant instructions were given to get reserves and centrally subordinated troops ready for a counter-terrorism operation and to hold a regrouping.