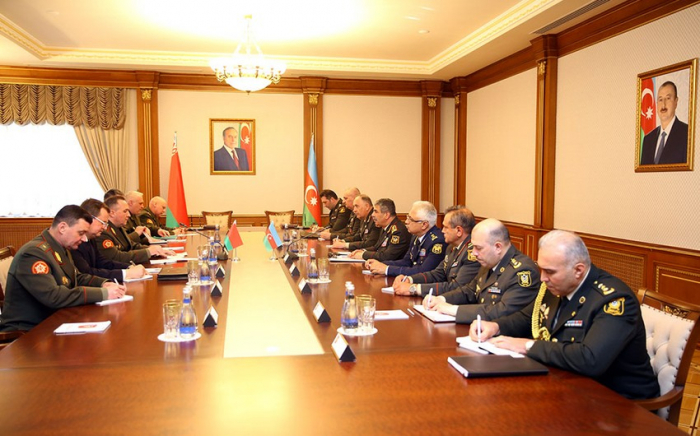 The delegation is paying an official visit to Azerbaijan, the Defense Ministry of Azerbaijan told AzVision.az.

At first, the Belarusian delegation visited the Alley of Honors, laid wreaths and flowers at the grave of the national leader of the Azerbaijani people, Heydar Aliyev, and paid tribute to his memory.

The guests also visited the Alley of Shehids (Martyrs), where they laid wreaths and flowers at the graves of the heroic sons of the Motherland, who sacrificed their lives for the independence and territorial integrity of Azerbaijan.

Then an official welcoming ceremony was held at the Ministry of Defense. The guest passed along the guard of honor and national anthems of both countries were performed. The guest signed "Book of Honor" in accordance with the protocol. 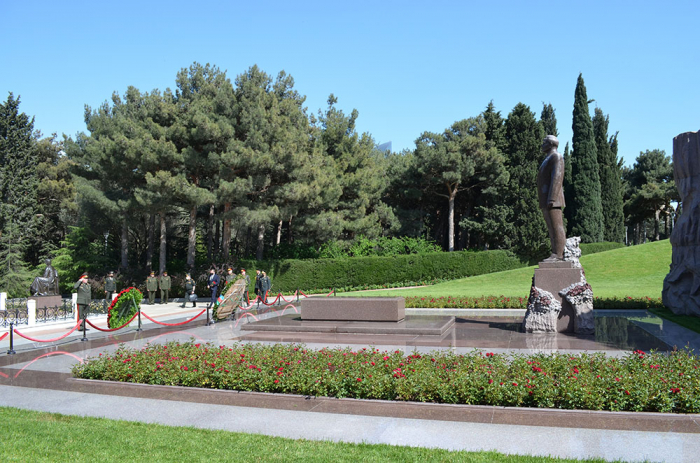 The Azerbaijani and Belarusian military delegations held a meeting in an expanded format.

Welcoming the guests, Minister Hasanov emphasized that the close and friendly relations of the heads of state rely on the traditions based on sincere and mutual trust between our countries and peoples.

Azerbaijan attaches great importance to cooperation with Belarus in all areas, including in the military sphere. There is a great potential for the development of Azerbaijani-Belarusian cooperation in the military-technical and military-educational spheres. These relations are developing successfully. 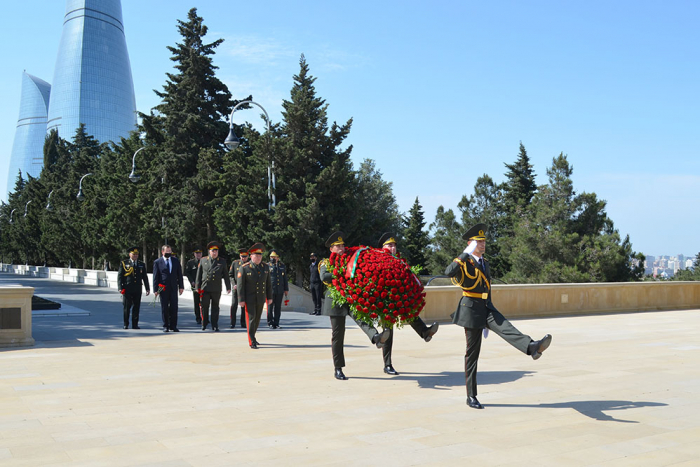 Touching upon political and security issues in the region, the Azerbaijani minister noted that the two countries take an active part on various international platforms, supporting and protecting mutual interests.

Minister Hasanov stressed that the Patriotic War, which began with a counter-offensive operation, ended with a glorious victory of the Azerbaijan Army under the command of Azerbaijani President, Supreme Commander-in-Chief of the Armed Forces Ilham Aliyev, and Azerbaijani lands were liberated from the occupation.

Informing the guest about the successful military operations carried out by the Azerbaijan Army, the minister expressed gratitude to his counterpart for the position of Belarus during the 44-day war. 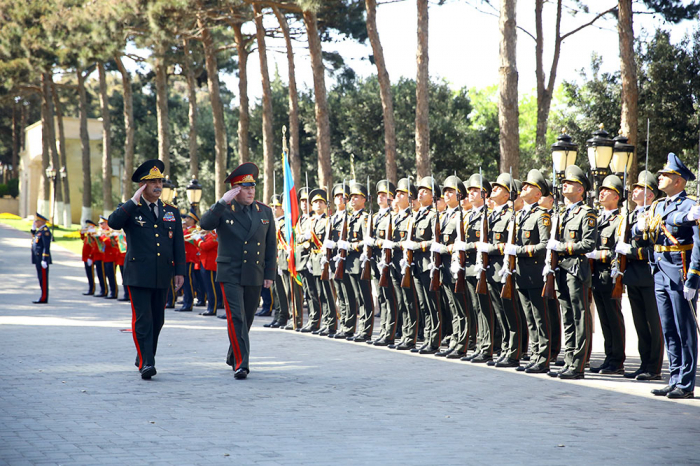 Khrenin, in turn, expressed satisfaction with his first foreign visit to a friendly Azerbaijan as a minister of Defense and emphasized the importance of such meetings and mutual visits in the further expansion of bilateral military relations between the two countries.

The guest, noting that this cooperation is based on friendly relations between the leaders of states, once again brought to the attention that Belarus supports the territorial integrity of Azerbaijan. 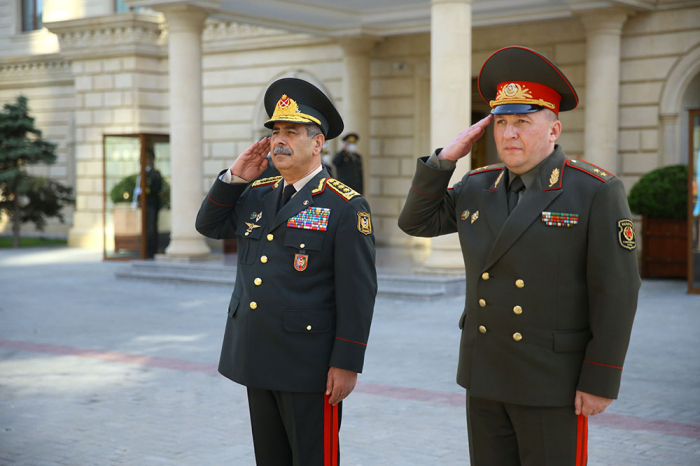 During the meeting, issues of joint activities in the field of military, military-technical, and military-educational cooperation, organization of experts’ visits to exchange experience and other aspects of mutual interest were discussed.

Following the meeting, the ministers have signed a Bilateral Cooperation Plan for 2021 between the Ministries of Defense of Azerbaijan and Belarus. 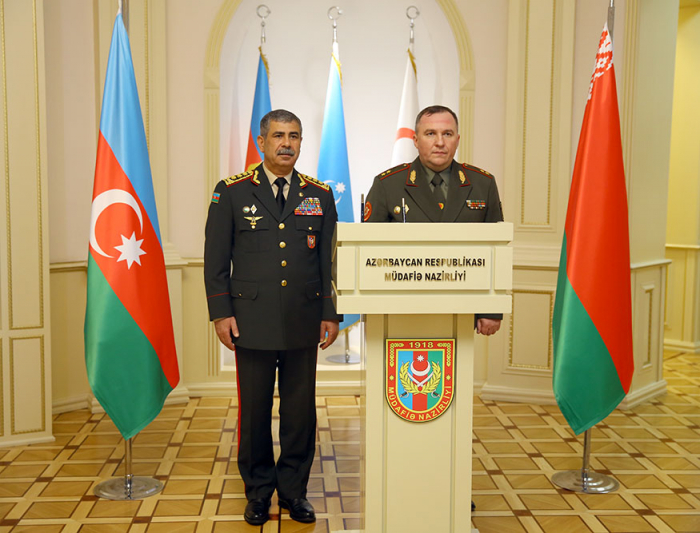 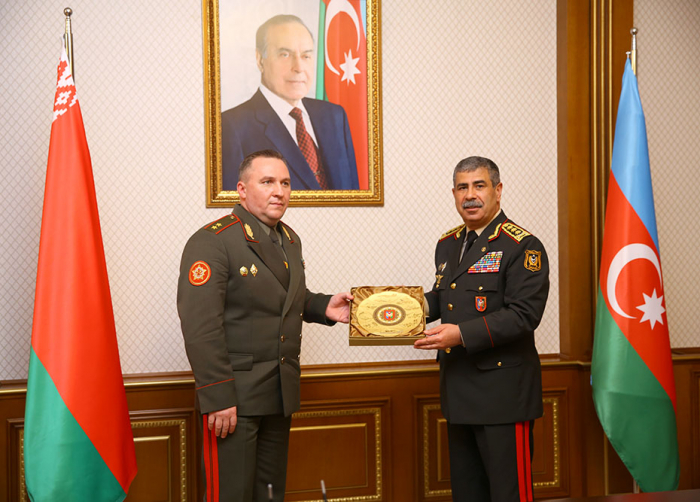