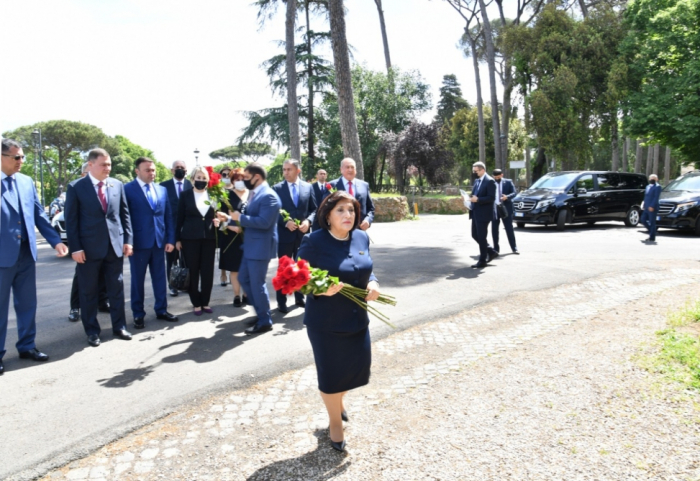 A delegation led by Speaker of the Azerbaijani Parliament Sahiba Gafarova, who is on an official visit to Italy, has visited a monument to great Azerbaijani poet and thinker Nizami Ganjavi in Villa Borghese park in Rome, the parliament's press service told AzVision.az.

The monument was erected under the Order of the President of the Republic of Azerbaijan “On celebration of the 870th anniversary of great Azerbaijani poet and thinker Nizami Ganjavi” dated December 23, 2011.

Supported by the Heydar Aliyev Foundation, the monument was unveiled in April 2012 as part of a series of events marking the anniversary of Nizami Ganjavi. 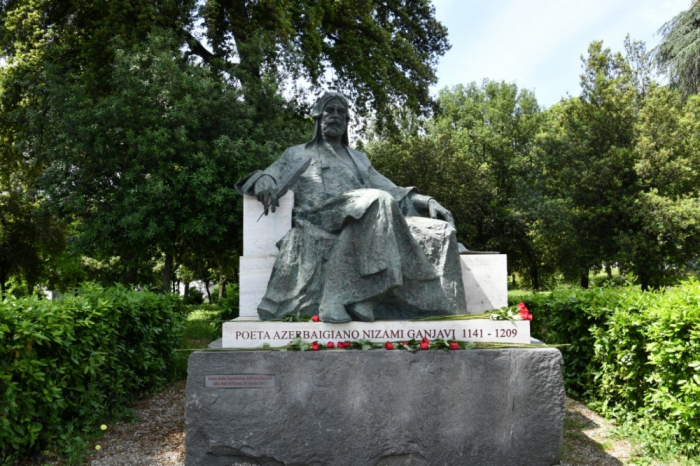