State Committee on Work with Diaspora of Azerbaijan: Brief Prelude of YASHAT Foundation 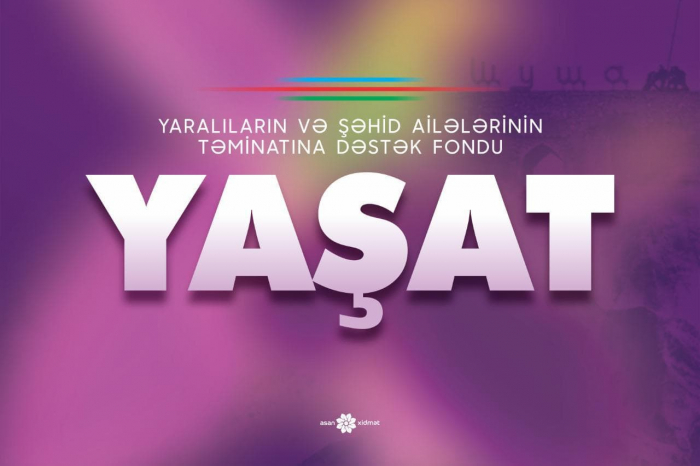 The betterment of human life in various socio-economic aspects has always been the mandate of the State Committee on Work with Diaspora of the Republic of Azerbaijan. The post-liberation era of the country brought forth many queries about settling national policies and tackling international challenges. As the former required internal developments over time, the latter set the prerequisites for the country to engage the Diaspora. Therefore, the article in the first part discusses and analyses the trail from establishing a full-scale engagement of the Diaspora State-Committee and its modulations. The second part of the study observes contemporary dynamics in which the post-liberated Karabakh period is operationalizing in decreed marathon between the Diaspora and the recently established YASHAT Foundation.

New Impetus for the Diaspora

The State Committee on Work with Diaspora of the Republic of Azerbaijan formulated two years after the country’s independence in 1991. Interestingly in 1993, under the leadership vision of the Former President of Azerbaijan, Mr Heydar Aliyev, the role of the Diaspora gained momentum. Mr Heydar has had a pivotal role in engaging the Azerbaijani Diaspora during his diplomatic visits to foreign countries. Immense importance and encouragement were given to the Azeri-Diaspora, considering their essentialness to promulgate the historical frame of Azerbaijan’s identity and integrity. Hence, it was soon recognized by its nationals abroad with emotional zeal. Apart from the focus to integrate Azeris worldwide, the state policy aimed at certain significant aspect mentioned below:

·      Ensuring the defence of the national narrative of Azerbaijan on international platforms.

·      Protecting the cultural identity and facilitating whatever is rightfully required to maintain the political rights of Azeris stationed out of the country. It further got impetus by the expansion of diaspora relations globally.

·      Expanding the capacity of the Republic of Azerbaijan to outreach the countrymen worldwide. Thus, constructing an international outlet for those localized communities.

In November 2001, the first congress of the Azerbaijanis diaspora held in Baku. In the event, around 36 foreign countries participated, having almost 200 different Azerbaijani-rooted organizations. This initiative enabled the Diaspora to interact and integrate with their country-fellows of the homeland, presented with the bodily existence of more than 130 state and social organizations, encompassing major social-sectoral offices.

Presently, the grand ideology of the Diaspora gradually shifted to the contemporary approaches and measures to carry the true and right cause of Azerbaijan. The State Committee for Work with Azerbaijanis living abroad was emanated from the State Committee on Affairs with Diaspora in 2008. This was a new hallmark for the State Diaspora Committee because it legislated the prerequisites essential for lobbying Azerbaijanis in international affairs via realization of interest on global parameters.

Regulating the Dynamics of Azerbaijan State-Diaspora

The ordinance of regulations for the State Committee on Affairs with Diaspora was recognized after the decree of the President of Azerbaijan, His Excellency, Mr Ilham Aliyev, in 2009. This mandate comprises five sections, i.e., the general provisions, main activities of the Committee, main duties of the Committee, rights of the Committee and the Organization. Each section aims to construct and execute the narratives and agendas of the country on a larger scale. The official clauses specify the ethos of basic factions under the diplomatic administration. However, their legislative outlook contributed immensely to the successful execution of aims. Therefore, operational categorization can be understood by the following potential bodies:

It includes the general provisions, where specific clauses highlight the significance of the State Committee in operationalizing the linkages. These links have been established under the Central Executive Organ, state organs and non-government organizations under an integrated framework. This further includes the local executive and municipal organs as extensions to reach the narrow grounds. In this context, the most vital section, i.e., the legislative Committee, was granted complete independence to function parallel as a distinct entity.

This includes the main activities of the Committee. The two essential clauses included the communicating of unified state policy and business with the Diaspora. Thus, a special data bank relevant to Azeris abroad served the purpose. Another key feature comprised of the Committee’s main duties, largely benefiting the clauses of the previous section with upgraded execution. The fourth section of the Committee’s right aimed to secure the vital grounds for implementing the significant Diaspora policies. From the legislative acts to the diplomatic representation, all focused on setting the government-centred directives from the Republic of Azerbaijan to Azeris abroad. The last section works on the Committee’s internal structure, including legal entities and organizations. These comprise certain imperatives such as board members and representatives of different organs to take all decisions of the organizations at various levels.

The year 2020 was a turning time for Azerbaijan’s post-liberation chronicle on Karabakh. The forty-four days long war met with well-concluded resolve as Azerbaijan emancipated the region. In this aspect, certain executive organs set new directives to commemorate the sacrifices of the soldiers of Azerbaijan, either martyred or wounded during their duty. These directives were initiated under the YASHAT Foundation-the decree for which was signed by His Excellency, President, Mr Ilham Aliyev in December 2020. Initially, the base for YASHAT Fund comprised voluntary financial assistance by the Azeri compatriots abroad, citizens of the Republic of Azerbaijan and legal entities.

The prime focus of the foundation to facilitate the public initiatives was designed under the ‘Board of Trustees of the Fund or Supporting the Wounded During the Fights for the Defence of the Territorial Integrity of the Republic of Azerbaijan’. A distinct feature attributed to the foundation is the selection of the team that comprises of certain bodies:

·      Family members of professionals from other departments who were killed while fulfilling duties in conflicting areas.

The Diaspora-YASHAT marathon drives certain aims. The basic one for the disabled military personals is providing them with financial, medical and other relevant support. On the other hand, an exclusive programme for the martyrs' families and unfit war veterans envisages the following:

·      Provision of medical and psychological assistance to tackle the post-military consequences.

·      The talent development of the members of the martyrs' families, considering its long-term benefits.

Henceforth, the above stances focus on ordaining life patterns halted from the war caused mutilations. Recently, YASHAT collected over AZN 31 million, i.e., $18.2 million. Thousands of families and individuals have been registered on the website as the foundation to resolve the issues. The services being provided to the affected also include the provision of the consumer loans and packages like Novruz gifts with the assistance of the Bravo supermarket chain. This depicts the potential of the market to engage and uplift the region's financial situation in the provision of services to humanity.

Potential Role of the YASHAT and Prospects

The civil society initiatives set by the YASHAT Foundation are receiving huge support financially and medically. In this aspect, international support and encouragement are vital to rehabilitate the liberated Karabakh region. Therefore, a bi-directional procedure is now being observed as the foundation is engaging international platforms by sending unfit war veterans abroad and inviting foreign medical staff to Azerbaijan. Currently, these initiatives are focused on the wounded and affected, medically, psychologically and financially. A positive approach towards regional stability via robust socio-economic measures can add improvement for the survivors. Furthermore, the team members’ inclusion into the Diaspora committee offices can set new directives to frame the work opportunities region-wise. Therefore, colossal efforts would be required from the natives of Karabakh, highlighting their instant requirements and long-term demands. This shall structure the future line of action for the government and legislative offices.