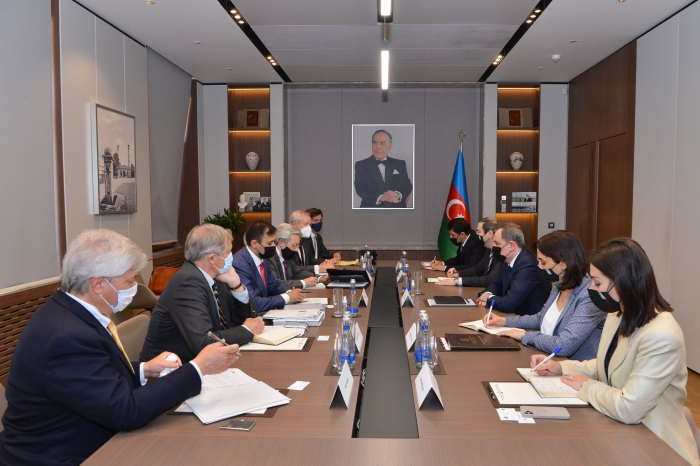 Minister Bayramov informed the delegation about the latest developments in the region, including the new post-conflict situation, trilateral statements and issues related to their implementation, the possibility of normalizing relations between Azerbaijan and Armenia, with the elimination of the fact of occupation, on the basis of such principles of international law as sovereignty, territorial integrity and inviolability of internationally recognized borders, the implementation of the process of restoration, reconstruction and reintegration in the liberated areas.

Minister Bayramov noted the steps taken by Azerbaijan in connection with the implementation of the trilateral statements, including the return of persons with the status of prisoners of war to Armenia, the transfer of up to 1,600 bodies of Armenian servicemen to the opposite side, as well as the continuation of relevant negotiations to open communication lines. At the same time, the other side was informed that Armenia has not yet provided information on about 4,000 Azerbaijanis missing as a result of military operations in 1991-1994.

Speaking about the recent tensions in the border area of the two countries, the Minister noted that Azerbaijan continues to strengthen the border protection system within its territorial integrity, and this process is carried out on the basis of maps on each side. It was stressed that this issue was politicized by Armenia, and such differences should be resolved through negotiations.

Touching upon energy issues, Minister Bayramov spoke about large-scale projects implemented in this area and their contribution to the development of the region. The continued support of the United States for energy projects initiated and participated in by Azerbaijan was noted with satisfaction.

The minister then answered the questions from the delegation; the sides had a wide exchange of views on bilateral relations, as well as on regional security issues.