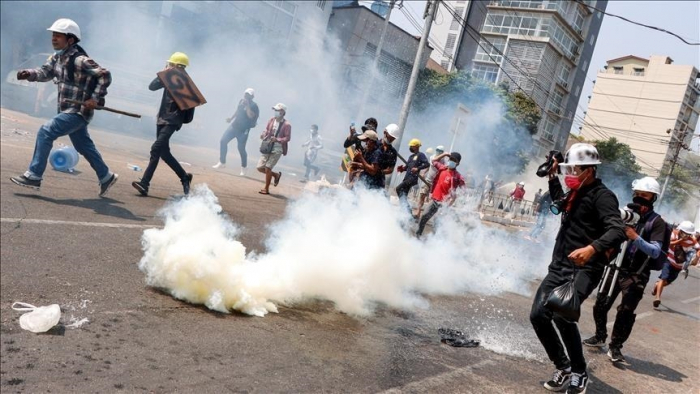 Three more people have been killed by the Myanmar military, taking the death toll since anti-coup protests began on Feb. 1 to 805, according to a local monitoring group, AzVision.az reports citing Anadolu Agency.

The military detained 4,146 people, with 92 of them being convicted, the Assistance Association for Political Prisoners said in its latest report released late Tuesday.

The group said the junta regime cut off supply of drinking water in the Mindat Township, Chin State

"It is a clear expression of the hatred the military has for innocent civilians," it added.

The military’s brutal shooting continues to worsen as a civilian was shot dead in the Daik-U Township, Bago Region on late Monday, according to the report.

It said the junta has also been destroying state-owned, public, and private properties, both day and night, making civilians live in constant fear for their property and security.

The group criticized the international community, including the Association of Southeast Asian Nations (ASEAN), for being extremely slow to respond and take action for Myanmar.

The meeting scheduled on May 18 to draft a resolution on Myanmar at the UN General Assembly has been postponed, according to the report.

“It is the people who will continue to experience brutal human rights abuses of this seemingly endless terrorist regime,” it added.