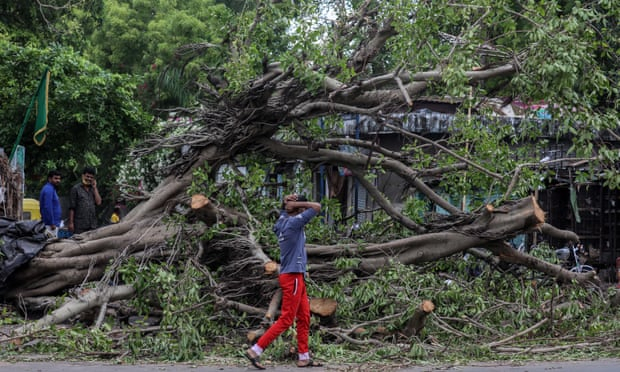 The number of fatalities from a major cyclone on India’s west coast has jumped to at least 91 and the navy was searching for another 49 people missing at sea after a barge carrying offshore workers sank in the storm, AzVision.az reports citing the Guardian.

Cyclone Tauktae, which left a trail of destruction after sweeping in from the Arabian sea on Monday, is the latest storm in what experts say is a growing number of ever-bigger storms in the region because of climate change warming its waters.

But 26 bodies were also recovered while planes and helicopters were still searching for 49 workers missing from one of several support vessels that slipped its moorings in the storm and sank.