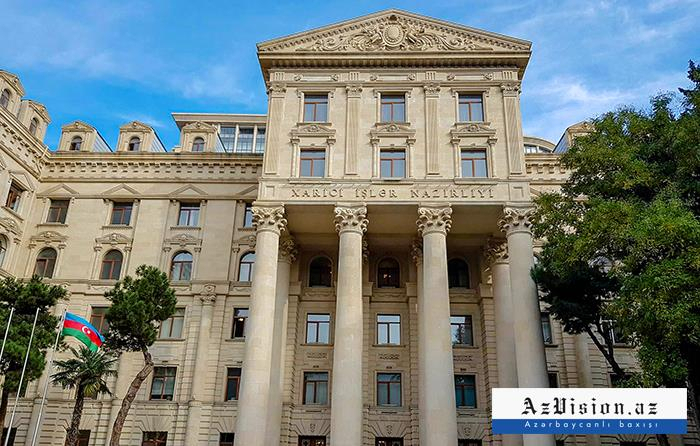 The key reason of the border issues between Armenia and Azerbaijan is Armenia’s illegal occupation of Azerbaijan’s territories till November 2020, said Leyla Abdullayeva, spokesperson for Azerbaijan’s Ministry of Foreign Affairs, AzVision.az reports.

“Hence, it is Armenia that violated Azerbaijan’s internationally recognized borders. And now Azerbaijan is just restoring its internationally recognized borders. As it has been officially stated Azerbaijan continues its work on the border protection system within the territorial integrity of the country and this process is carried out on the basis of maps available to each of the sides that define the borderline between Armenia and Azerbaijan. Several disagreements occurred between the sides on border issues earlier, and all of them were settled via negotiations among the sides to the trilateral statements,” Abdullayeva said commenting on the statement of her Indian colleague on the recent developments along the Armenia-Azerbaijan border.

“Second, it is quite strange that in past 30 years the MFA of India has not made an appeal for the withdrawal of the occupying forces of Armenia from the Azerbaijani territories, and is now speaking about pulling back forces. Apparently, this latest statement was made without a proper thorough examination of various dimensions of this issue,” she said.

The spokesperson reminded that Azerbaijan has always been calling for, and continues to call for, the full respect of sovereignty, territorial integrity and inviolability of internationally recognized borders of states.

“We believe that mutual respect for and strict adherence to these principles is the only way to settle any dispute and build truly good neighborly relations.”

“I must also stress that Azerbaijan as a current chair of the Non-Aligned Movement, has made the promotion of the Bandung Principles one of the priorities of its chairmanship. These principles have contributed to the promotion of justice and equality in international relations and ensured respect for the norms and principles of international law. Any attempts that harm the unity within the NAM are deplorable,” Abdullayeva added.