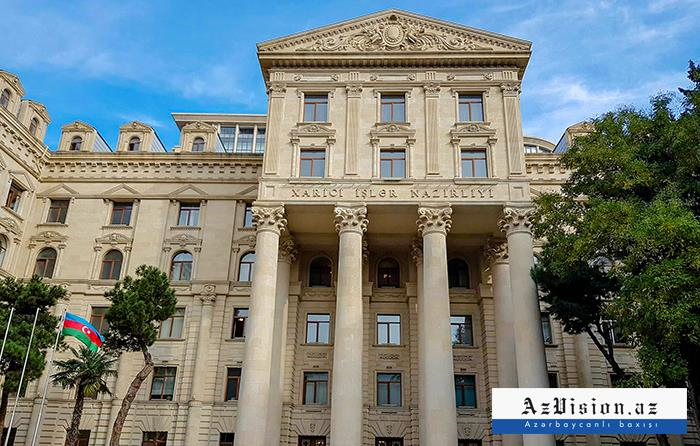 Unfortunately, we observe a dramatic rise in intolerance and xenophobia in Armenia, said Head of the Press Service Department of the MFA of the Republic of Azerbaijan Leyla Abdullayeva in response to media queries.

"What is particularly troubling is that this trend is aimed not only against Azerbaijan but now covers any nation or group that would dare to express an opinion even slightly differing from an Armenian line. In this country, the Nazi collaborators are idolized and international terrorists are glorified. An incomprehensible act of vandalism was recently taken against the monument to such a world-known proponent of peace and tolerance as Mahatma Gandhi", Leyla Abdullayeva noted.

MFA spokesperson also highlighted the significance of encouraging Armenia to abandon toxic ideas of national supremacy and territorial expansion adding that such trends of extremism are dangerous and they must be addressed immediately.

"Armenia must finally start abiding by international law and making its key principles a basis for the normalization of relations with neighbouring states. Only then will Armenia start benefiting from the good neighbourhood and regional cooperation. Azerbaijan, in its turn, continues to be strongly committed to peace, security, regional development and cooperation on the basis of respect for sovereignty, territorial integrity and inviolability of internationally recognized borders", she added.