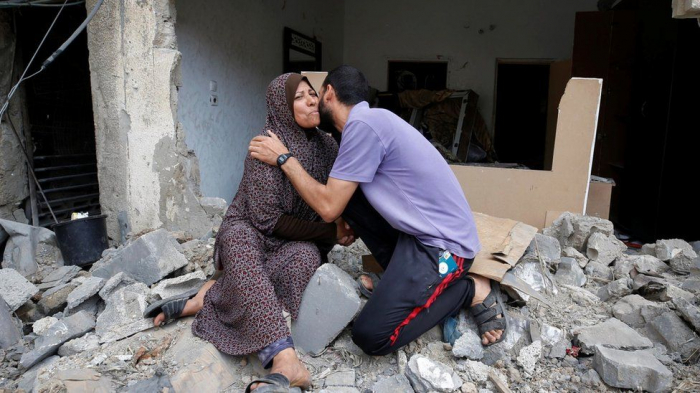 A ceasefire between Israel and the Palestinian militant group Hamas in the Gaza Strip has come into effect.

The ceasefire began early on Friday, bringing to an end 11 days of fighting in which more than 250 people were killed, most of them in Gaza.

Both Israel and Hamas claimed victory in the conflict.

The truce faced an early test on Friday when fresh clashes broke out at the al-Aqsa mosque compound in occupied East Jerusalem.

Israeli police spokesman Micky Rosenfeld told AFP news agency that Palestinians had thrown stones at officers, and that "riot" suppressing measures had been taken in response.

The fighting between Israel and Palestinian militants in Gaza began on 10 May after weeks of rising Israeli-Palestinian tension in East Jerusalem that culminated in clashes at al-Aqsa, a holy site revered by both Muslims and Jews. Hamas began firing rockets after warning Israel to withdraw from the site, triggering retaliatory air strikes.

At least 243 people, including more than 100 women and children, were killed in Gaza, according to its health ministry. Israel has said it killed at least 225 militants during the fighting. Hamas has not given casualty figures for fighters.

In Israel 12 people, including two children, were killed, its medical service says.

The Israeli military says more than 4,300 rockets were fired towards its territory by militants and that it struck more than 1,000 militant targets in Gaza.