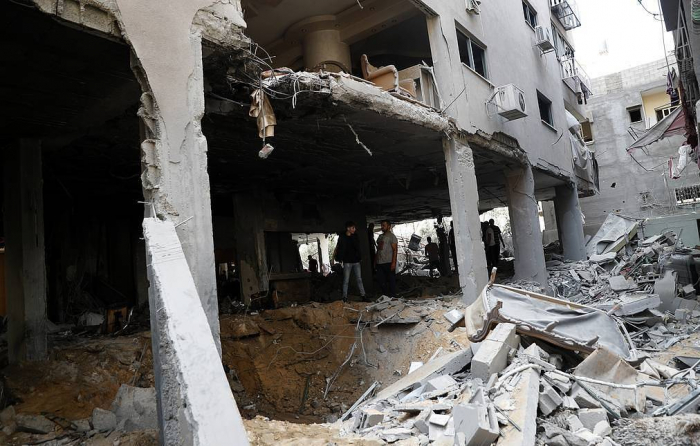 The United Nations has allocated additional $4.5 mln worth of aid to the Gaza Strip after a ceasefire between Israel and Hamas was declared, UN Secretary General Spokesperson Stephane Dujarric told a briefing on Friday, AzVision.az reports citing TASS.

"The emergency relief coordinator today allocated $4.5 mln on the central emergency response fund towards the rising humanitarian needs in Gaza in addition to $14.5 mln announced earlier this week for the occupied Palestinian territory," he said.

The Israeli army and Palestinian radicals in the Gaza Strip have been exchanging missile strikes since May 10, following the outbreak of violence near the Al-Aqsa mosque in Jerusalem’s Old City in early May, when more than 700 Palestinians were injured. According to the latest data, at least 12 Israelis and over 250 Palestinians have been killed. A ceasefire was launched at 02:00 am on May 21.