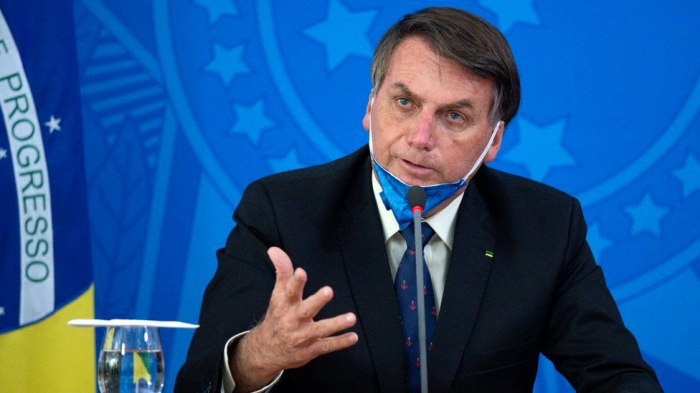 Brazilian President Jair Bolsonaro will have to pay a fine for flouting coronavirus restrictions at a public event, Maranhao state's governor said as coronavirus cases continue to rise unabated in the country, AzVision.az reports citing AFP.

Health authorities filed the case against Bolsonaro "for the promotion in Maranhao of gatherings with no sanitary safeguards. The law applies to everyone," the governor of the northeastern state, leftist Flavio Dino, tweeted late Friday.

Dino reminded the public that gatherings of more than 100 people are banned in his state, and the use of face masks is mandatory.

Bolsonaro's office has 15 days to appeal, after which the amount of the fine will be set. The office did not answer requests for comment from Agence France-Presse (AFP).

On Friday, Bolsonaro handed out rural property titles in Acailandia, some 500 kilometers (310 miles) from Sao Luis, capital of Maranhao state.

At the event, the maskless Bolsonaro blasted Gov. Dino as a "chubby dictator."

Brazil has the world's second highest coronavirus death toll, after the United States.

The first case in Brazil of the Indian COVID-19 variant was confirmed Thursday in Maranhao – one of the country's poorest states – among six crew members of a cargo ship registered in Hong Kong.