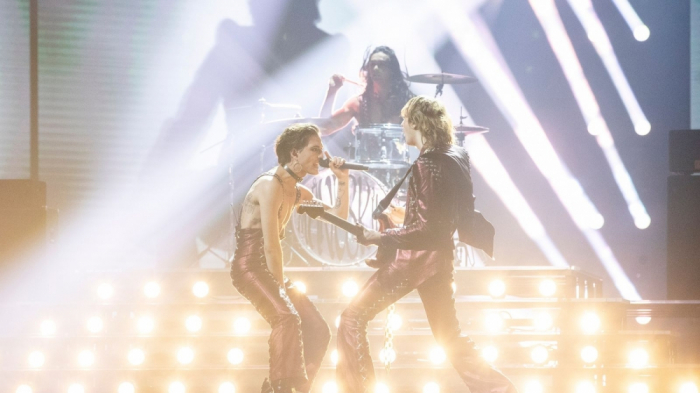 Måneskin have won the Eurovision Song Contest 2021 for Italy with their song Zitti E Buoni.

Italy’s Måneskin have come out on top in what was one of the most hotly contested Eurovision Song Contests ever.

Switzerland won the jury vote in which Italy came fourth, but the 4-piece Italian rock band won the public vote by a landslide, scoring a total of 529 points and leaving Switzerland in 3rd place behind France.

Måneskin is a critically acclaimed band featuring vocalist Damiano, bassist Victoria, guitarist Thomas and Ethan on drums. They took their band name from the Danish word for ‘moonlight’, as a tribute to their bassist Victoria’s home country.