Can the 'right to disconnect' exist in a remote-work world? 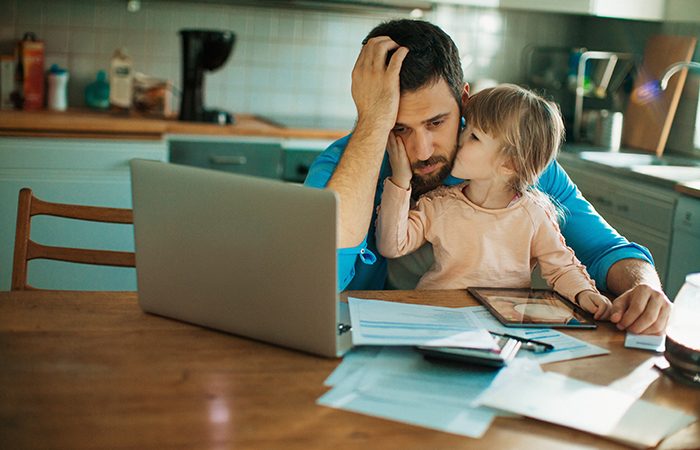 Governments have long been trying to enact laws to give workers the right to log off. But some fear there’s no realistic way these rules can help a newly flexible workforce.

We are working more than ever. A peek at email while you’re getting the toddler out of bed; reviewing a presentation at nearly midnight around a dimly lit kitchen table, when you’re finally getting to eat that dinner you made hours earlier, while on a conference call. If increased flexibility has been a boon for workers in the pandemic era, it has also meant that we’ve had fewer and fewer chances to disconnect.

As bad as things have become, however, this always-on culture has been in motion for years, and it’s something many countries have been looking to mitigate with ‘right-to-disconnect’ legislation – laws that give workers the ability to step back from their jobs without penalties. But now, the pandemic has left workers especially burnt out – so addressing the problem has never been more critical.

Ireland is trying to do just that. Although several countries, primarily in Europe, have enacted varying levels of past legislation on the right to disconnect, Ireland is among the first countries to try and introduce a code specifically centring the new, work-from-home era. Ireland’s post-Covid-19 rules are meant to preserve work-life balance and protect all workers, including those who work remotely and flexibly – something that past laws have not considered.

However, the solution may not be as straightforward as it seems. In practice, it may actually be near impossible to combine the ability to log off with the freedom to work remotely, especially if that means creating timetables different to other colleagues. And, in a worst-case scenario, some experts are also warning that mismanagement of these initiatives could compromise some of the flexibility workers have only recently been able to negotiate.

So, is it possible to enshrine the right to disconnect in a new, remote-work world? Or are we still heading for the overburden and burnout we’re trying to avoid, no matter what laws are in the works?

A new kind of right to disconnect?

Across the world, countries have been trying to figure out how to enact effective right-to-disconnect legislation for years. These laws and regulations manifest in different ways – some putting a cap on the workday or workweek, some limiting communication after hours. But all mean to protect employees from overwork and shield them from any repercussions of shutting off.

The new rules do not codify what is considered ‘normal working hours and apply equally to workers who are both remote and in office
The first legislation related to the right to disconnect appeared in France in 2016, then Italy in 2017 and Spain in 2018. Although different in detail, all of these fairly light-touch rules protect a worker’s right not to respond to communications from work outside the business’s core hours, and not to be penalised for this (for example, by being denied promotion if you refuse to work weekends). Over the past two decades, Germany has also made moves to protect workers’ ability to log-off, though not through the law; instead, negotiations were held among company stakeholders. Several German multinationals took a tougher stance, putting company agreements in place that secure workers’ right to disconnect, including Volkswagen, Daimler and Siemens, often using technology to underpin policies. At Volkswagen, for instance, non-management employees reportedly cannot access their email on their smartphones between 1815 and 0700.

Although these moves were hugely important steps in a pre-pandemic world, they mostly focus on a structured, in-office workday period, which doesn’t reflect our current world – nor what workers necessarily now desire. Globally, calls for flexibility have swelled, as people want more autonomy to be able to define their own working hours, and not be told exactly when they can access their email, for instance.

This is what Ireland has been trying to solve with its new, Covid-19-conscious code. As of 7 April, Irish workers have the right to not routinely perform work outside normal working hours; not be penalised for refusing to attend to work matters out of hours; and a duty to respect another person’s right to disconnect. Importantly, the rules do not codify what is considered ‘normal working hours’, and apply equally to workers who are both remote and in office. Ireland’s code is also different to its predecessors because it specifically references working across time zones, asking firms to manage expectations that workers doing international business need only reply to emails during their own working day. It also suggests training for managers, so they can take action if an employee seems unable to disconnect, and find out what’s causing the problem.

Speaking to RTÉ News, Ireland’s Prime Minister Leo Varadkar said a growing number of people were being “compelled to work for free from their home”, and the code was a step to change that. The code will enhance a big package of labour rights with a specific focus on employees now working remotely, a group that has grown exponentially in Ireland during the Covid-19 crisis, says Catherine O’Flynn, partner at Dublin law firm William Fry.

The digital workplace has essentially leapfrogged or outpaced our existing labour laws, adds Heejung Chung, a labour-market researcher and reader in sociology and social policy at the University of Kent, UK. And, a practical set of rules that recognise how radically the world of work has shifted could be a crucial step forward, giving workers the reprieve they desperately need. If implemented correctly, right-to-disconnect legislation can be powerful, says Chung, since the rules will apply to everyone.

However, there are some sceptics doubtful any rule changes – even those fashioned for a post-Covid-19 environment – can work at all. That’s especially true if workers desire flexible hours as much as they emphasise remote location.

The core issue is the potential inherent incompatibility of flexible schedules and the right to log off in the first place. Eileen Schofield, a UK employee rights lawyer with Schofield and Associates, says most current European guidance around the right to disconnect is on establishing ‘normal’ working, hours but very few of us have worked a regular pattern of hours over the past year. “The challenge with applying a right to disconnect [in any country] just now is that employees are becoming accustomed to choosing different working hours every day,” she says. “The right to disconnect is likely to mean that this total flexibility will not be completely viable.”

So, although new codes can accommodate different definitions of ‘normal hours’, workers with less rigidity may be left behind. Even Ireland’s newer codes don’t account for this, and it may be difficult to envision a way in which any kind of right-to-disconnect protections could apply to seemingly scattershot working hours.

Additionally, even if right-to-disconnect laws could accommodate the more realistic way we want to work now, these laws could have some undesirable side effects. Len Shackleton, a professor of economics at the University of Buckingham who analyses the economics of labour markets, explains that if employees are banned from connecting at certain times – like weekends or evenings – then “employers are going to want to be damned sure you’re available and fully occupied during your contracted hours”. He says, “much of the flexibility of working at home, which has allowed you to nip out to the supermarket or to pick up the kids and make the time up later, will disappear. Employers will want to know why you haven’t answered that phone call or email [during your ‘on’ hours].”

“I’d be careful what I wished for,” continues Shackleton, who thinks that once workers understand the potential applications of these policies, they won’t necessarily favour them.

Schofield also warns that any new rules coming in just as businesses struggle to reset after the pandemic could prompt knee-jerk responses. She worries that as employers scramble to apply these rules effectively, they could become more prescriptive with employees’ working hours, which could backfire and hurt workers. Ultimately, she thinks it will be necessary for companies to wait until the impact of the pandemic has really shaken out, to allow employers and employees “to determine the ‘new normal’ for their business”.

Time will need to pass to know whether or not Ireland – or any of the other countries considering similar moves – will successfully crack the code to enacting effective right-to-disconnect rules. But a good outcome could have an immense bearing on workers around the world. Regardless of country, workers have hit the wall, and any progress that could ease even just a little part of that burden and burnout is welcome – and needed.