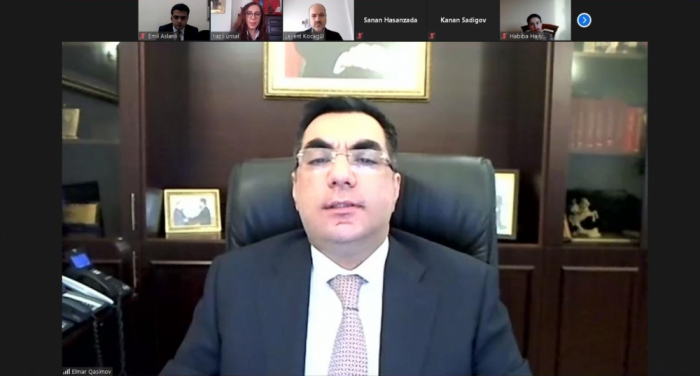 An online meeting has been held between Baku Higher Oil School (BHOS) and SOCAR Turkey.

At the meeting, BHOS Rector Elmar Gasimov noted that thanks to the cooperation between Baku Higher Oil School and SOCAR Turkey, dozens of BHOS students and graduates participated in internship programs and obtained employment in various positions. During their internship, students study more closely technical processes, and they apply in practice the theoretical knowledge gained at the university.

The company representatives noted that the main criteria for selecting students for the internship program are students’ academic performance, their approach to the profession, as well as the expression style and emotional intelligence of students, which are determined during the interview, and that BHOS students meet these criteria.

BHOS students Amail Mammadova, Sanan Hasanzade and Kanan Sadigov said that they were happy to work in companies belonging to SOCAR Turkey Group and that the knowledge and skills they acquired during their study at the university helped them in their work.

At the end of the meeting, it was decided that SOCAR Turkey would organize an online summer internship program for BHOS students.