Eurovision winner cleared of drug use by broadcaster 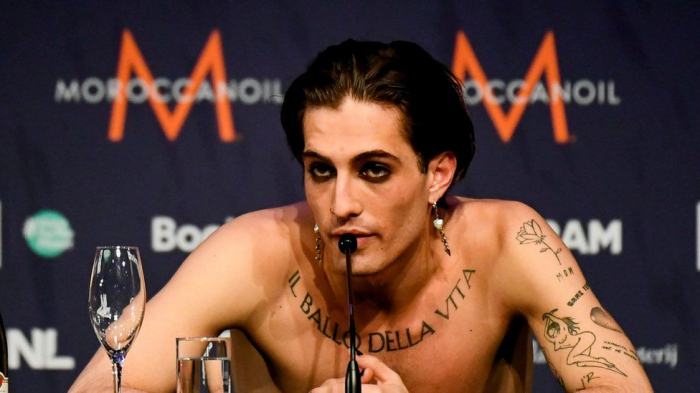 The lead singer of the Italian glam rock band which won the Eurovision Song Contest has been cleared of drug use, AzVision.az reports citing BBC.

Damiano David denied taking cocaine following online speculation after footage showed him leaning over a table during the grand final on Saturday.

"No drug use took place in the Green Room and we consider the matter closed," the EBU said in a statement.

Måneskin, who had been among the favourites to win the contest, took the top prize with their song Zitti e buoni.

Viewers watching the contest during a live broadcast started asking questions as to what the singer was doing when he appeared to bend his face towards a table as the band celebrated their victory.

At a press conference, David said he had been looking down because guitarist Thomas Raggi had broken a glass. EBU confirmed broken glass was found on the floor, and it can be seen in the live broadcast footage.

"I don't use drugs. Please, guys. Don't say that really, no cocaine," David said on Saturday.

The EBU said it was "alarmed that inaccurate speculation leading to fake news has overshadowed the spirit and the outcome of the event and unfairly affected the band".