Leaders and laggards in the post-pandemic recovery - OPINION 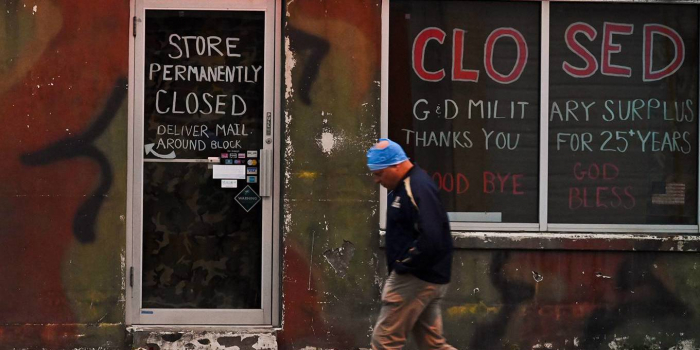 While some major economies are recovering fast from the pandemic-induced recession, others are languishing, and still others remain in a state of acute crisis. The extent to which these global inequalities persist will depend on a range of factors, and will have profound implications for social, political, and geopolitical stability.

After the most severe global recession in decades, private and official forecasters are increasingly optimistic that world output will recover strongly this year and thereafter. But the coming expansion will be unevenly distributed, both across and within economies. Whether the recovery is V-shaped (a strong return to above-potential growth), U-shaped (a more anemic version of the V), or W-shaped (a double-dip recession) will depend on several factors across different economies and regions.

With the coronavirus still running rampant in many countries, one key question is whether the emergence of virulent new strains will trigger repeated stop-and-go cycles, as we’ve seen in some cases where economies re-opened too soon. One particularly ominous possibility is that more vaccine-resistant variants appear, heightening the urgency of vaccination efforts that have so far been too slow in many regions.

Beyond the virus, there are a number of related economic risks to consider. A recovery that is slow or insufficiently robust could result in permanent scarring if too many firms go bust and labor markets start exhibiting hysteresis (when long-term unemployment renders workers unemployable owing to an erosion of skills). Another question is how much deleveraging there will be among highly indebted firms (small and large) and households, and whether this effect will be fully offset by the release of pent-up demand as consumers spend down pandemic-era savings.

Another area of concern is socio-political: will rising inequality become an even more salient source of instability and depressed aggregate demand? Much will depend on the scale, scope, and inclusiveness of policies to support the income and spending of those left behind. Likewise, it remains to be seen if the macro-policy stimulus (monetary, credit, and fiscal) implemented so far will be sufficient, insufficient, or actually excessive, leading to sharply rising inflation and inflation expectations in some cases.

Keeping all of these uncertainties in mind, the recovery currently looks like it will be stronger in the United States, China, and the Asian emerging markets that are part of Chinese global supply chains. In the US, a decline in new infections, high vaccination rates, increased consumer and business confidence, and the far-reaching effects of fiscal and monetary expansion will drive a robust recovery this year.

Here, the main risk is overheating. The recent increase in inflation could turn out to be more persistent than the US Federal Reserve expected, and today’s frothy financial markets could undergo a correction, thereby weakening confidence.

In China and the economies closely linked to it, the recovery owes much of its strength to the authorities’ success in containing the virus early, and to the effects of macro stimulus, all of which allowed for a rapid re-opening and restoration of business confidence. But high levels of debt and leverage in some parts of the Chinese private and public sectors will pose risks as China tries to maintain stronger growth while reining in excessive credit. More broadly, the prospect of an escalating rivalry – a colder war – between the US and China will threaten Chinese and global growth, particularly if it leads to a fuller economic decoupling and renewed protectionism.

Europe is worse off, having suffered a double-dip recession in the last quarter of 2020 and the first quarter of 2021, owing to a new wave of infections and lockdowns. Its recovery will remain weak through the second quarter, but growth could accelerate in the second half of the year if vaccination rates continue to rise and macro policy remains accommodative. But phasing out furlough schemes and various credit guarantees too early could cause more permanent scarring and hysteresis.

Moreover, without long-needed structural reforms, parts of the eurozone will continue to register low potential growth and high public debt ratios. As long as the European Central Bank keeps buying assets, sovereign spreads (namely, the difference between German and Italian bond yields) may remain low. But monetary support eventually will need to be phased out, and deficits will need to be reduced. And the specter of populist Euroskeptic parties looking to exploit the crisis will constantly loom.

Japan, too, has had a much slower restart. Following a lockdown to control a new wave of infections, it experienced negative growth in the first quarter of this year and is now struggling to keep the summer Olympic Games in Tokyo on track. Japan, too, is in desperate need of structural reforms to increase potential growth and allow for an eventual fiscal consolidation. And its massive public debt may eventually become unsustainable, notwithstanding persistent monetization by the Bank of Japan.

Finally, the outlook is more fragile for many emerging and developing economies, where high population density, weaker health-care systems, and lower vaccination rates will continue to allow the virus to spread. In many of these countries, business and consumer sentiment is depressed; incomes from tourism and remittances have dried up; debt ratios are already high and possibly unsustainable; and financial conditions are tight, owing to higher borrowing costs and weaker currencies. Moreover, there is only limited space for policy easing, and in some cases policy credibility could be undermined by populist politics.

Among the more troubled economies to watch are India, Russia, Turkey, Brazil, South Africa, many parts of Sub-Saharan Africa, and the more fragile, oil-importing parts of the Middle East. Many countries are experiencing depression, not a recession. More than 200 million people are at risk of falling back into extreme poverty. Compounding these inequities, the countries that are most vulnerable to hunger and disease also tend to face the greatest threat from climate change and thus will remain potential sources of instability.

While overall confidence is recovering, some financial markets are irrationally exuberant, and there is much underlying risk and uncertainty. The COVID-19 crisis likely will lead to an increase in inequality within and across countries. The more that vulnerable cohorts are left behind, the greater the risk of social, political, and geopolitical instability in the future.

Nouriel Roubini, Chairman of Roubini Macro Associates, is a former senior economist for international affairs in the White House’s Council of Economic Advisers during the Clinton Administration. He has worked for the International Monetary Fund, the US Federal Reserve, and the World Bank, and was Professor of Economics at New York University's Stern School of Business. His website is NourielRoubini.com, and he is the host of NourielToday.com.