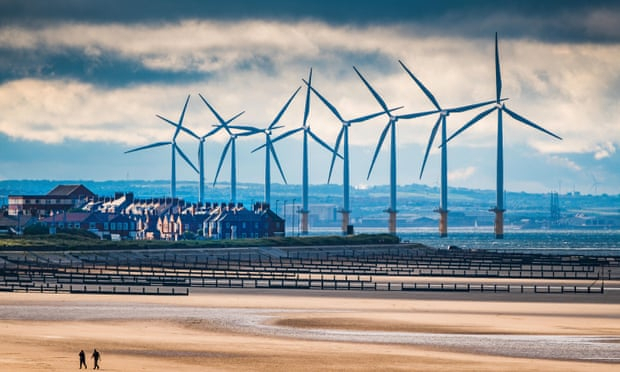 The UK’s half-century legacy as a leading offshore oil and gas hub will be eclipsed by the North Sea’s fast-growing green energy industry within the next decade, according to new research.

An academic study by Robert Gordon University, based in the oil industry capital of Aberdeen in Scotland, has found that by 2030 most of the UK’s offshore energy jobs will be in the low carbon energy industry.

The research found that the number of green jobs of the UK’s coastlines is likely to climb from 20% of the country’s offshore energy sector to 65% by the end of the decade in a “significant change for the offshore energy industry”.

Almost half of the jobs in the UK’s offshore energy industry will be supported by the offshore wind sector, which is the largest in the world and could support up to 90,000 roles by 2030 under a new deal with the government to support a quadrupling of wind power capacity.

Meanwhile, a fifth of offshore energy industry jobs in 2030, or 40,000 roles, will be linked to other clean energy sectors such as producing hydrogen from renewable energy, or capturing and storing the carbon emissions from factories and heavy industry under the seabed.

The number of jobs supported by the North Sea oil and gas industry is expected to fall to 40% of all offshore energy jobs, or just over a third of the total, as the oil industry continues to decline.

The findings mark a milestone for the UK’s North Sea industry which for decades has prospered financially, and supported a significant number of jobs within the UK economy, by producing billions of barrels of oil since the industry’s heyday in the 1970s.

But Prof Paul de Leeuw, a director at Robert Gordon University and the lead author of the report, said the swing towards green energy jobs represents a “material prize” for the UK because those currently employed in the oil and gas sector will be able to transfer their skills into cleaner sectors.

“With many of the skills and competencies required for the offshore energy sector to be highly interchangeable, the energy transition offers a unique opportunity to create a new world class net zero energy workforce,” he said.

The energy minister, Anne-Marie Trevelyan, said the government’s recent deal with the North Sea industry “will make certain we have an energy skills base in the UK that is fit for the future”, while the Green Jobs task force will give advice on how to create the skilled workforce needed for a low-carbon economy.