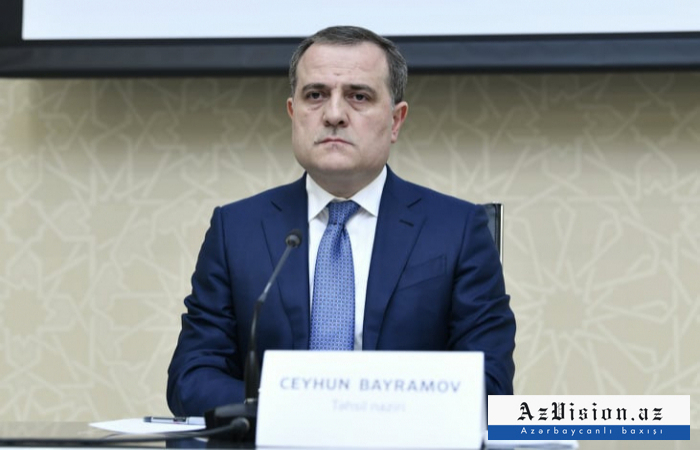 Azerbaijani Foreign Ministry’s Chief Jeyhun Bayramov met heads of leading think tanks of Austria during his working visit to the country, AzVision.az reports on May 25 referring to a source in the ministry.

According to the source, Bayramov informed the meeting participants about the occupation policy of Armenia and its consequences, military provocations against Azerbaijan, the conduct of a counter-offensive operation in response to them and the liberation of the previously occupied territories of Azerbaijan following the Second Karabakh war (from late Sept. to early Nov.2020), as well as about the new situation that arose in the region after the conflict.

Besides, he spoke about the trilateral statement of Nov.10, 2020 and issues related to its clauses’ implementation, the normalization of relations between Azerbaijan and Armenia with the elimination of the occupation factor, as well as the possibilities of cooperation and sustainable development in the region, the process of restoration, reconstruction and reintegration in the liberated territories.

The minister also touched upon the problems that impede the implementation of the trilateral statement and threaten the opportunities for cooperation in the region. In this context, Armenia's attempts to secretly transfer troops to the territory of Azerbaijan, its refusal to provide maps of minefields, statements of official Yerevan reflecting revanchist sentiments and hatred towards Azerbaijan, as well as other aspects were emphasized.

At the end of the event, Bayramov answered numerous questions from the meeting participants.