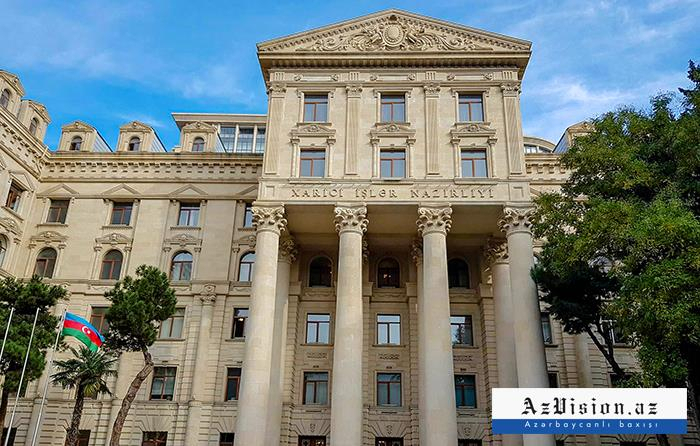 The situation on the Azerbaijan-Armenia border is stable and is under the control of Azerbaijan, the Foreign Ministry of Azerbaijan told AzVision.az on late Tuesday.

The ministry noted that Armenia’s information about the alleged shelling of its positions in Verin Shorzha settlement in Armenia’s Gegharkunik province on the Armenia-Azerbaijan border by Azerbaijani troops stationed in Kalbajar district does not correspond to reality.

Baku stressed that another lie spread by Armenia is an attempt to purposefully use the incident among its military personnel to aggravate the situation at the border checkpoint.

“In general, the growing number of casualties, including non-military ones, among the personnel of the Armenian armed forces underscores the need for appropriate investigative measures within Armenian military,” the ministry said.

It noted that the situation on the Azerbaijan-Armenia border is stable and controlled by Azerbaijan.

Baku urged Armenia not to aggravate the situation with false statements and to conduct constructive negotiations to resolve disagreements.