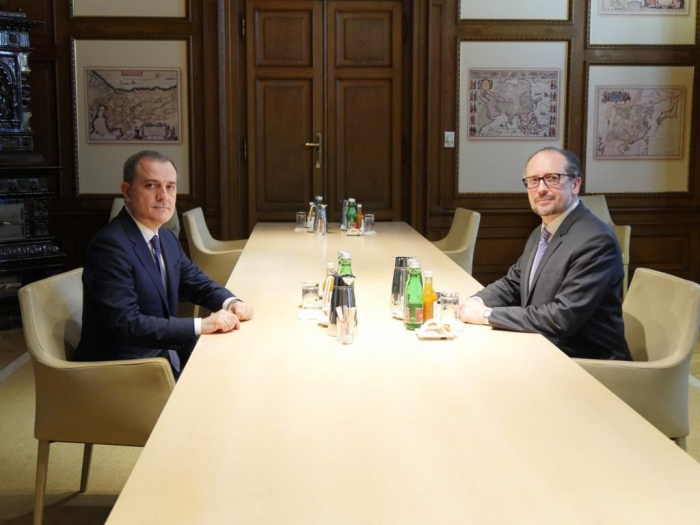 The prospects of bilateral relations between Azerbaijan and Austria were discussed, AzVision.az reports referring to the press service of the Azerbaijani Foreign Ministry.

According to the press service, the ministry’s head Jeyhun Bayramov met with the Austrian Federal Minister for European and International Affairs, Alexander Schallenberg on May 26.

The ministers exchanged views on the prospects for bilateral relations and stressed the importance of revitalizing bilateral economic cooperation and business ties in the post-COVID-19-pandemic period.

Bayramov informed his counterpart about the history of the Armenian-Azerbaijani conflict, the long-term policy of aggression by Armenia, Azerbaijan's counter-offensive operation in response to the provocations of Armenia and ensuring the country's territorial integrity by liberating the occupied territories.

The Azerbaijani minister spoke about the reconstruction and restoration work carried out in the liberated districts. New opportunities for regional cooperation were highlighted.

He also noted that after the elimination of the occupation factor, Azerbaijan is ready to normalize relations with Armenia on the basis of serious observance of the principles of sovereignty and territorial integrity of international law.

The ministers also discussed cooperation within international organizations and other issues of mutual interest.