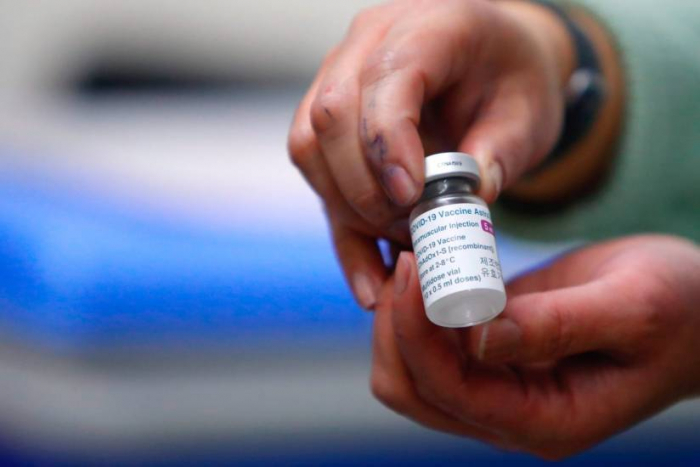 A team of German scientists believe that they have worked out why some people given the AstraZeneca and Johnson & Johnson vaccines against Covid-19 develop blood clots – and claim they can tell the manufacturers how to improve the vaccine to avoid it, AzVision.az reports citing the Guardian.

The key is in the adenovirus – the common cold virus that is used to deliver the spike protein of the coronavirus into the body, say Rolf Marschalek, a professor at Goethe university in Frankfurt, and colleagues. The mRNA vaccines developed by Pfizer/BioNTech and Moderna do not use this delivery system and there have been no blood clotting cases linked to them.

The blood clots are rare but troubling in the younger age group who are more at risk of clotting and less likely to experience severe Covid illness. The UK is now offering anyone under the age of 40 a choice of vaccines, where available. There have been 309 cases in the UK out of 33 million people given the AstraZeneca vaccine.

The scientists in a pre-print which has not undergone peer review say they believe the problem lies in the entry of the adenovirus into the nucleus of the cell rather than the just the cellular fluid, where the virus normally makes proteins.

“The adenovirus life cycle includes the infection of cells … entry of the adenoviral DNA into the nucleus, and subsequently gene transcription by the host transcription machinery,” they write.

“And exactly here lies the problem: the viral piece of DNA … is not optimised to be transcribed inside of the nucleus.”

Inside the cell nucleus, parts of the spike protein splice or split apart. These become mutant protein pieces which float off into the body and can very rarely trigger blood clots, the scientists believe.

Prof Marschalek says the vaccines can be redesigned to avoid the problem. J&J is already in contact with him, he told the Financial Times.

The company “is trying to optimise its vaccine now,” he told the newspaper. “With the data we have in our hands we can tell the companies how to mutate these sequences, coding for the spike protein in a way that prevents unintended splice reactions.”

They had not yet talked to AstraZeneca however, he said. The company had not been in touch, “but if they do I can tell them what to do to make a better vaccine,” he told the FT.

However, other scientists have other theories and Marschalek’s explanation of the adverse events is still a hypothesis, which is yet to be scrutinised by other experts.