Azerbaijani FM informs his Ukrainian counterpart about situation in the region 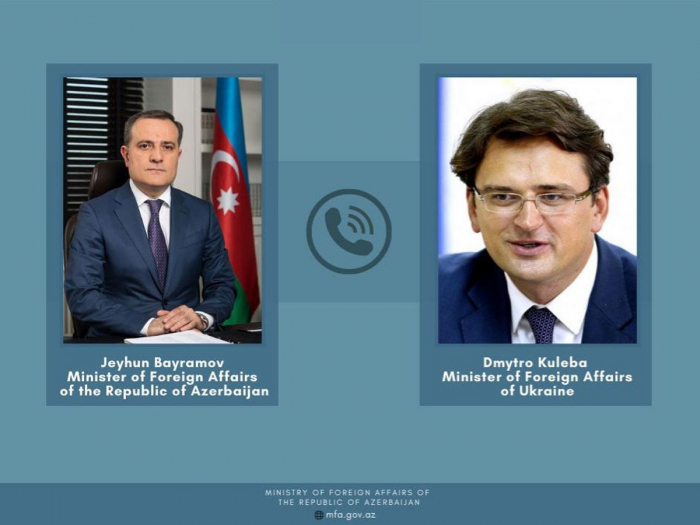 Kuleba congratulated his Azerbaijani counterpart on May 28 - Republic Day and conveyed sincere and best wishes to him.

The ministers exchanged the views on the current situation in the region.

Bayramov informed his Ukrainian counterpart about the new situation in the region after the conflict [the Armenia-Azerbaijan Nagorno-Karabakh conflict], the implementation of the trilateral agreements, as well as about the recent tension in the border zone and the provocations of the Armenian side.

The sides also discussed various aspects of the agenda of bilateral cooperation.