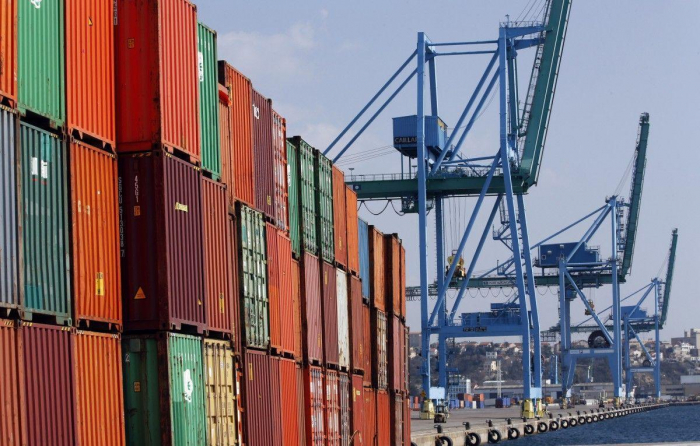 Russia held a leading position among the countries exporting goods to Azerbaijan in the first quarter of 2021, AzVision.az reports citing the trade representative office of Russia in Azerbaijan.

"Russian-made products worth almost $450 million were exported to Azerbaijan in the first three months of 2021," the trade representative office of Russia in Azerbaijan said.

"The share of the Russian products in Azerbaijani import reached 16.4 percent," the message said. "The indicators of the Russian export in the current year exceed the data of the "pre- COVID-19 pandemic" 2019."

Russia exported goods worth $437.7 million to Azerbaijan with a specific share in Azerbaijani import at the level of 13.96 percent in the first quarter of 2019.

The main commodity groups of Azerbaijani import in 2021 are engineering products (26.7 percent of all import to the country), food products and agricultural products (18 percent), vehicles and spare parts for them (10.6 percent), products from black metals (6.5 percent), pharmaceutical products (4.5 percent).

Azerbaijan's foreign trade turnover amounted to about $6.7 billion from January through March 2021, which is by 2.6 percent less than in the same period of last year.

Some $4.1 billion accounted for export in the structure of foreign trade turnover, which shows a decrease of 1.6 percent on an annual basis.

The share of export for the year decreased by 0.53 percentage points up to 61.47 percent of the total volume of foreign trade turnover.

The goods worth over $2.5 billion were imported to Azerbaijan from January through March 2021, having decreased by 3.8 percent compared to the same period of 2020.

The share of import in the total turnover decreased by 0.55 percentage points up to 38.5 percent of the total volume.