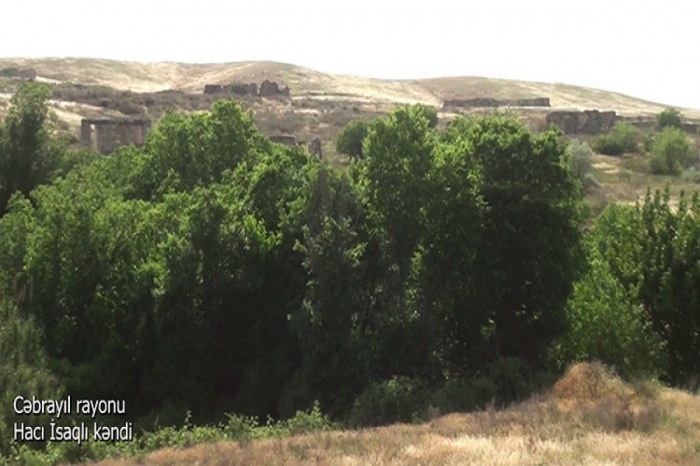 The Ministry of Defense of Azerbaijan shared a video from the Haji Isakli village of Jabrayil district, AzVision.az reports.