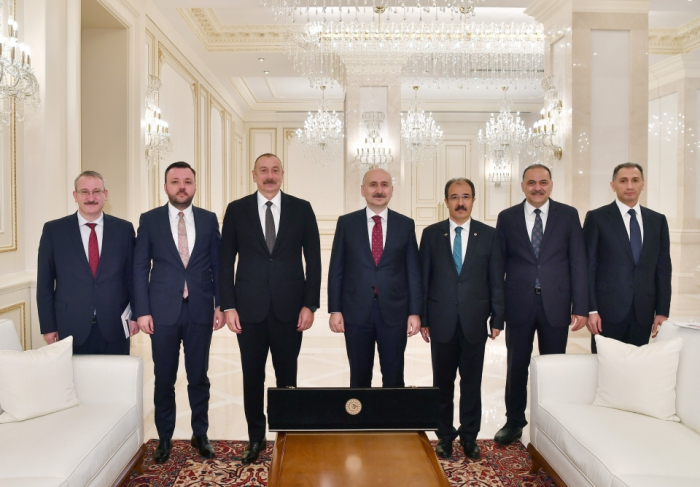 After the second Karabakh war, we are working on a new corridor – the Zangazur corridor, President of the Republic of Azerbaijan Ilham Aliyev said receiving a delegation led by Minister of Transport and Infrastructure of the Republic of Turkey Adil Karaismailoglu, AzVision.az reports.

"At the international level, its name has already been established as the Zangazur corridor. This will provide a new connection between Turkey and Azerbaijan."