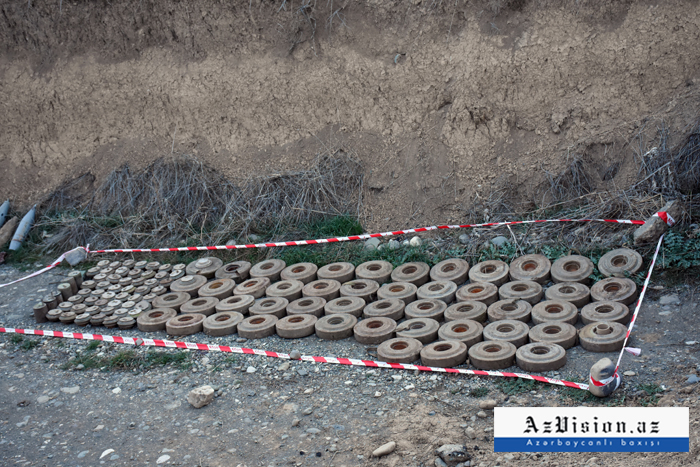 The Mine Action Agency of the Republic of Azerbaijan has released the latest information on the operations carried out in the country’s territories, previously liberated from Armenian occupation, AzVision.az reports citing the agency.

From May 1 to 31, 369 anti-personnel and 74 anti-tank mines, as well as 1090 pieces of unexploded ordnance were found and neutralized during the operations carried out in liberated Tartar, Aghdam, Fuzuli, Shusha, Gubadli, Jabrayil and Zangilan.

As the mine action agency noted, totally, 2763,5 hectares of land have been cleared of mines.