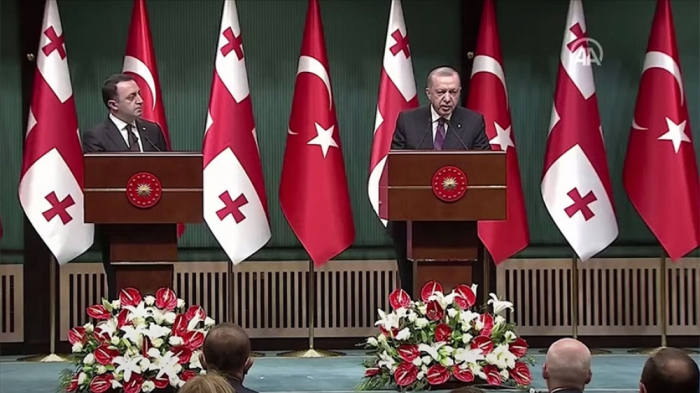 At a joint press conference, President Erdogan and Garibashvili highly appreciated the prospects for bilateral and regional cooperation.

Stressing the trade relations between Turkey and Georgia which have reached the highest level in the last 14 years, Erdogan stated that the target is 3 billion dollars. The Turkish President highly appreciated the effect of joint energy and transport projects adding that they discussed the issues on combating terrorism, international integration and territorial integrity.

In addition, both leaders expressed satisfaction with the real results of cooperation between Azerbaijan, Turkey and Georgia, as well as international energy and transport projects.