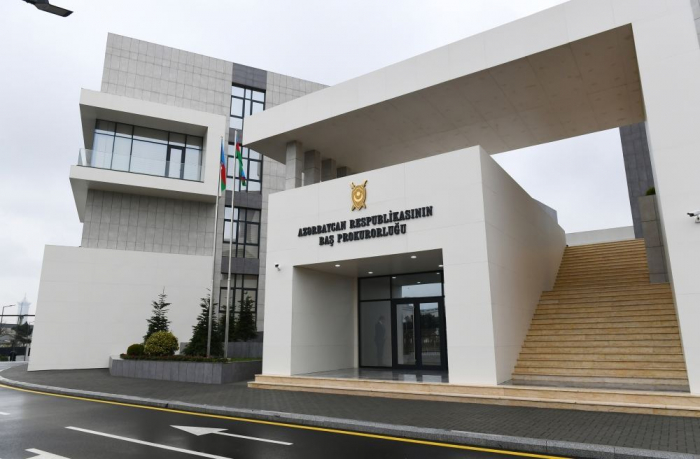 The investigation of a criminal case initiated against peace and humanity, war crimes and other facts by members of the armed forces of the Armenian separatist regime operating illegally in the Nagorno-Karabakh region of Azerbaijan, citizens of Armenia Ludwig Mkrtichyan and Alyosha Khosrovyan in the de-occupied territories of Azerbaijan has been completed, AzVision.az reports citing the press service of the Prosecutor General’s Office of Azerbaijan.

“Ludwig Mkrtichyan and Alyosha Khosrovyan were charged under Articles 113 (torture), 115.2 (violation of war laws and customs), 279.1 (creation of armed formations or groups not provided for by law), 318.2 (state law of Azerbaijan). The court ruled that they were charged with committing crimes under the "Illegal crossing of the border" article and other articles, and the court decided to arrest them as a measure of restraint,” said the message.

On 20.05.2021, the indictment was approved and sent to the Baku Military Court for consideration.

On June 2, the Baku Military Court, chaired by Judge Elbay Allahverdiyev, consisting of judges Rafig Abbasov and Jamal Ramazanov, with the participation of Mahir Abbasov, Assistant to the Prosecutor General of Azerbaijan, defended the public prosecution. A preliminary hearing was held on the criminal case.

The meeting was attended by translators in accordance with the requirements of criminal procedure legislation.

At the same time, more than 45 representatives of local and foreign media, non-governmental organizations, representatives of international status, as well as the Commissioner for Human Rights (Ombudsperson) of Azerbaijan Sabina Aliyeva attended the preparatory meeting.

At present, comprehensive measures are being taken to expose and bring to justice the criminal acts of other persons in the criminal case.