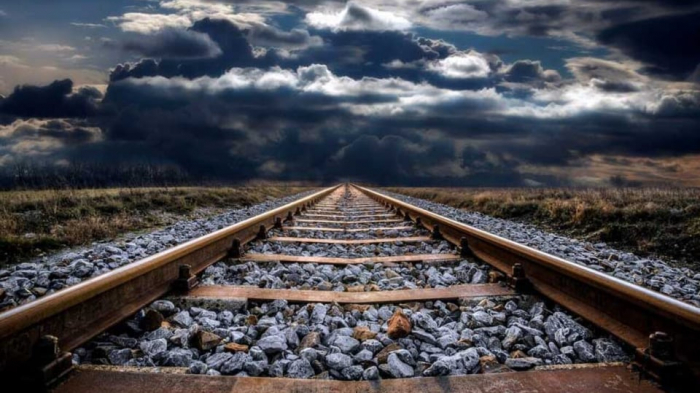 Armenia’s Deputy Prime Minister Mher Grigoryan earlier stated that the Azerbaijan-Russia-Armenia trilateral commission on unblocking regional transport communications allegedly suspended its work due to the lack of “an appropriate background for effective and efficient work”, as well as due to the recent tensions on the Armenian-Azerbaijani border. However, Grigoryan, of course, did not disclose the real reason for the existing problems in the process of unblocking regional communications.

In fact, the position of Armenia, which refuses to promote post-conflict peace and cooperation, to take the necessary steps to unblock regional communications and to demarcate its border with Azerbaijan, is the main obstacle to this process. Yerevan again resorted to its destructive position when Azerbaijan legally took concrete steps to clarify its border in the areas adjacent to the territories of the forthcoming construction of the Zangazur transport corridor. Armenia’s acting Prime Minister Nikol Pashinyan, in turn, again “played on words”: “They say, in two trilateral statements, although they talk about unblocking communications, there is not a word about providing a corridor.” It this regard, it is worth referring to the ninth paragraph of the trilateral statement signed by the Azerbaijani president, Russian president and Armenian prime minister on 10 November 2020: “All economic and transport links in the region shall be restored. The Republic of Armenia guarantees the safety of transport links between the western regions of the Republic of Azerbaijan and the Nakhchivan Autonomous Republic in order to organize an unimpeded movement of citizens, vehicles and goods in both directions. Control over transport shall be exercised by the bodies of the Border Guard Service of the Federal Security Service (FSB) of Russia.”

Furthermore, the trilateral statement of 11 January 2021 indicates that “in order to unblock all economic and transport links in the region, a working group will be established headed by the deputy prime ministers of three governments – Azerbaijan, Armenia and Russia. In the near future, they will set up working expert subgroups and present concrete plans on the development of the transport infrastructure and the economy of the region.”

Thus, Armenia no matter how much it would like to avoid using the word "Zangazur", which gives away the original Azerbaijani identity of this land, should accept the need to implement a transport link.

Despite the obvious delays caused by the Armenian side in implementation of the " communication" parts of the trilateral statements, during the recent days there have been grounds to hope for its prudence. Azerbaijani President Ilham Aliyev said that Armenia is properly analyzing the issues on the inevitability of the construction of “Zangezur corridor. "As you know, the discussions are currently being held in a trilateral format. The issue is being discussed within the Working Group at the level of the Deputy Prime Ministers of Azerbaijan, Russia and Armenia. There are good results, " the head of the state stressed.

However, the statement made by the acting Deputy Prime Minister of Armenia Mher Grigoryan on the suspension of the work of the trilateral commission shows either the reluctance of the Pashinyan government to finally transfer the realization of the inevitability of the construction of the Zangezur corridor into a practical side, or an attempt to delay the steps associated with this irreversibility.

In the latter case, the disruptiveness of the Armenian leadership can be explained in terms of the internal political situation. Firstly, the country is preparing for the early parliamentary elections scheduled for June 20. Besides, accusing the Pashinyan government of "capitulation",  the opposition requires the leadersip not to agree to either the construction of the Zangezur corridor because it will link Azerbaijan and Turkey, or to demarcate the borders, which will mean Armenia's recognition of Azerbaijan's territorial integrity. Hence, there will be no meaning of “further struggle for the status of Karabakh”.

However, the Armenian political class plays a dangerous game. The opposition, in which the positions of revanchists are strong, is hysterical about the "unacceptability" of the demarcation of the interstate border with Azerbaijan without the "status of Karabakh". Besides, the Armenian authorities themselves relate the issue of continuing the work of the trilateral commission on unblocking with the solution of the border crisis. Isn't it a multi-level sabotage by the Armenian side on the implementation of the trilateral statements of November 9 and January 11?

Armenia, which suffered a crushing defeat in the 44-day war that ended with the expulsion of the Armenian occupation forces from Karabakh and the restoration of the territorial integrity of the Republic of Azerbaijan, is tempting to another forceful coercion. "Communication"parts of the statement are in the interests of all regional States. Including Armenia itself, which is sick to such an extent that is ready to suffer again.

In any case, Armenia will have to fulfill the conditions of the trilateral statements, the international legal principles and norms regarding the demarcation of borders.