Resolution on Khojaly genocide presented to the party of the Netherlands 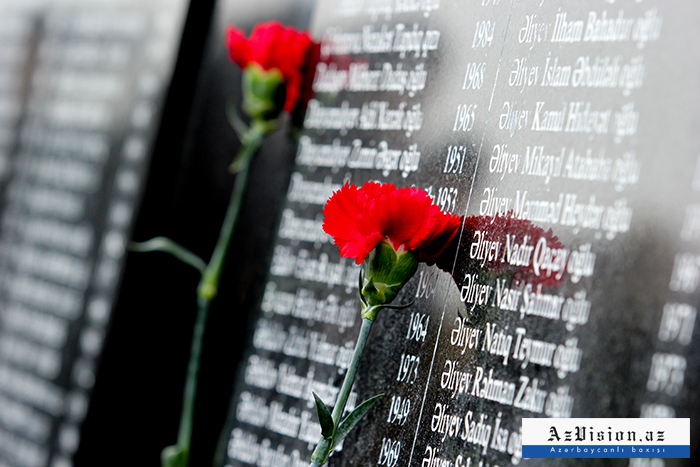 Chairman of the Young Socialists Organization for the northern Amsterdam region of the Kingdom of the Netherlands Hajar Karaman has presented a draft resolution on the Khojaly genocide to the leadership of the Socialist Party, AzVision.az reports citing the State Committee for Work with the Diaspora.

The presented document provides detailed information about the ancient history of our people, Azerbaijan’s difficult path and the information that Karabakh historically belongs to Azerbaijan.

The document also included facts about the Khojaly Genocide committed by Armenian Armed Forces together with the servicemen of 366th Motorized Rifle Regiment of Russia. Citing the UN Convention on the Prevention and Punishment of the Crime of Genocide and the documents of the European Court of Human Rights, our compatriot stated that the genocide committed by Armenians in Khojaly is a crime.

It was also mentioned that Armenia had committed other serious crimes against Azerbaijan during the 30-year occupation. One of these terrible crimes is planting mines in the Nagorno-Karabakh region of Azerbaijan and 7 adjacent regions. Referring to the convention on the prohibition of the use, stockpiling, production and transfer of anti-personnel mines, which came into force on March 1, 1999, the young socialist informed that Armenia was ignoring international law.

Our compatriot called on the leadership of the Socialist Party to adopt the presented draft resolution, put the Khojaly genocide in discussion agenda of the parliament following the elections and achieve political and legal assessment to this genocide.