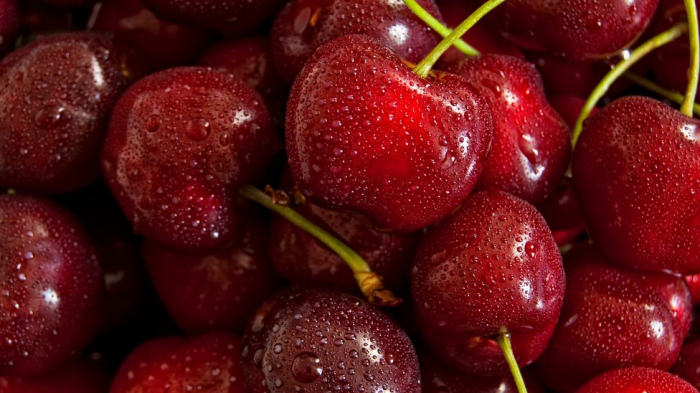 When Marie Wright goes to work in the morning, she’s thinking about ice cream, or soda water or vodka – maybe even a protein shake. She’s thinking about what they taste like, but in a way that’s very different to the rest of us. She’s running over in her mind the molecules spinning within them, the volatile compounds rising from their surfaces. What, she is thinking, can she and her team build on these scaffolds?

Wright works in a lab in Cranbury, New Jersey. She’s the chief global flavourist at WILD Flavors, a subsidiary of food giant Archer Daniels Midland. She’s spent her career grappling with ethereal questions like what precisely makes pear taste like pear, so as to infuse a cookie or an ice cream with it, and with nitty-gritty issues like how to take a shake built for its micronutrients and make it palatable.

She has invented around 1,500 flavours, and though she avoids naming names, you’ve more than likely had some of them yourself. Flavourists are rare beasts – Wright estimates there are about 350 licensed in the United States – but crucial to the processed food industry, and their daily routine involves both a sense of whimsy and an intimate knowledge of chemistry.

Wright traces her interest in flavour and fragrance to childhood in Britain in an era when drab school dinners gave the national cuisine a bad name. In her household, things were different, however. Her parents were foodies, drawing on their Turkish and Italian heritage for culinary inspiration, using plenty of fresh herbs. They took their children on vacations near the French perfume capital of Grasse, where flowers have been processed for their scent for centuries.

Wright studied chemistry and food science and got her PhD, but her big break into the world of flavour came when she applied for a marketing job at a flavour house. What she was secretly hoping for – a chance to get in on the science – arrived at the job interview. A senior flavourist, alerted by colleagues that here was someone who might have the right stuff, came to test her.

He dipped strips of paper into fragrances and asked her to describe what she perceived, looking to see whether she had a knack for dissecting these ineffable experiences. She didn’t have to know the molecular names, or even exactly what the ingredients were. But could she find words to talk about them; words like musky, creamy, green? She could.

"It was a very lucky day," she recalls now. Years later, she has performed a similar kind of assessment herself from the other side many times. "You see the way they describe things," she says. You wait to see whether this person has the capacity to think analytically and poetically about what they perceive.

When a junior flavourist finished a formula for a flavour, they were permitted to inscribe the recipe in a large book. "When I started, it was like a big beautiful bible, the best paper. We had to write it our best handwriting," Wright says. "It was going to be sold somewhere or be taken out to customers."

Most flavour creation is done by smell, with the flavourist only taking a taste at the end
In her current job, the act of making a flavour usually begins with an idea provided by a client company – a black truffle flavour for a salad dressing, a peach for vodka, a meaty taste for a meatless patty. The flavourist comes up with the first draft at their desk, then puts on a white coat and hits the lab bench, mixing oils, essences, extracts, and synthetic molecules. Wright, who is known for her pear flavours, can reel off the ingredients. There’s a bubblegum, almost banana-tasting molecule called isoamyl acetate, and another molecule called ethyl decadienoate, which has a strong pear taste but that can get a little acrylic.

"Then there’s oils like davana oil, which have a really nice effect in pear. Davana’s sort of got an orchard taste, but if you put too much in it becomes plum like and too raisin-y, so you’ve got to kind of balance that. And then something like lavender’s really good in a pear. I love lavender anyway. I try to put lavender in most things," she admits.

Most flavour creation is done by smell, with the flavourist only taking a taste at the end. Along the way, Wright consumes vast quantities of whatever she is working towards, to get a range of all the possibilities.

"It’s similar I’m sure to painting a picture. It’s knowing the depth... knowing how far you can go before you go over the top and it becomes something artificial," she says. For some things, however, that artificiality is what people respond to. A cherry flavour almost never tastes like fresh cherries, which are quite mild and defined by the texture of the fruit. Instead it has strong notes of almond, of Maraschino cherries from a jar, and if you leave that out, Wright has found, a client will come back and tell you, that’s the flavour they want.

She often makes flavours for products formulated for their nutritional profile, like energy bars and workout drinks, and when these arrive with her, they can leave something to be desired in the taste department. Bitterness from botanical extracts or unpleasant protein tastes require some clever footwork from the flavourists.

"We had one base that came in that literally made you gag. By the time we’d finished with it, I can’t say it was yummy, but it was very pleasant. I like that challenge of doing things that will work against some of these offnotes," she says.

Just lately, however, she and her team have been working on citrus flavours – flamed orange, black lime, yuzu kosho, and preserved lemon. They roasted oranges over charcoal and the juices caramelised. "We’re doing a bit more work on that today," she said in late April. "We’re doing some tasting in meringues. I can’t wait… I’m like, can we do it in the afternoon, about three, so we can have a cup of tea?" She laughs. "And today I’m going to formulate for a fish, a white fish. That will be interesting. So I had cod last night."