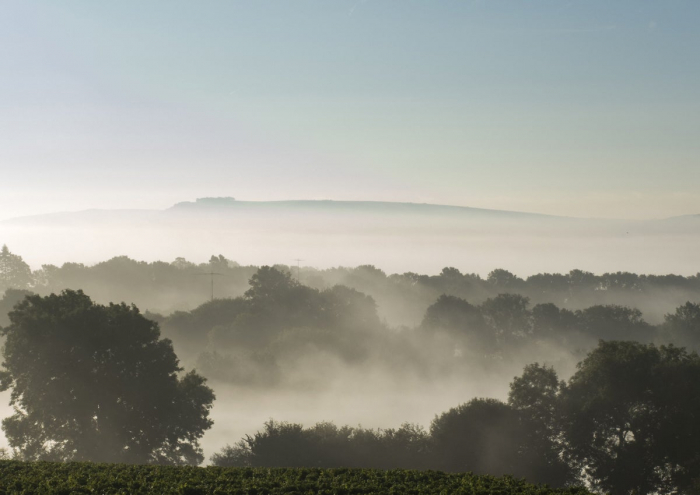 The United Nations is urging governments around the world to rewild a billion hectares of degraded land in the next ten years.

That's a slice of the environment roughly the size of China - the sum of what numerous countries have already pledged to restore.

But while humans are really good at making commitments to the environment, like the Paris Climate Accord, we are much worse at actually keeping them. The UN is now asking us to make good on our promises. Not only for farmlands and forests, but also for rivers and oceans - we cannot delay any longer.

"The need to restore damaged ecosystems has never been greater," a new UN report warns.

Without a powerful 10-year push to restore ecosystems, experts at the UN argue we cannot achieve our climate targets or our sustainable development goals.

With each day, our poor stewardship of the planet costs the world biodiversity, water and food security, economic stability and solutions for the climate crisis.

Fixing this involves more than simply planting trees. Rewilding is the restoration of ecosystem function and includes things like changing the way we farm to restore soil health, restoring nature to urban areas, and protecting marine environments. It involves everyone from governments to businesses and citizens.

"The beauty of ecosystem restoration is that it can happen at any scale – and everyone has a role to play," the UN says.

If we can restore even just a fraction of what the UN is requesting, the benefits are myriad and immense. Evidence suggests rewilding 350 million hectares of degraded terrestrial and aquatic habitats could generate US$9 trillion in ecosystem services and remove nearly 26 gigatonnes of greenhouse gases from the atmosphere. To put that in perspective, the world emitted 33 gigatonnes of carbon dioxide in 2019.

"It's easy to lose hope when we think of the sheer magnitude of the challenges we face and the avalanche of bad news that we wake up to every morning," says Inger Andersen, the executive director of the United Nations Environment Programme (UNEP).

"But just as we caused the climate crisis, the biodiversity crisis and the pollution crisis, we can reverse the damage that we've done; we can be the first generation to reimagine, to recreate and to restore nature to kickstart action for a better world."

Today, humans have pushed the world so far into a climate crisis, merely cutting greenhouse gases likely won't be enough to curb future warming. Restoring ecosystems could help draw down some of what we've already emitted, getting us a third of the way to our 2030 goals, and yet natural climate solutions like rewilding receive only about 2.5 percent of the money currently allocated for climate mitigation.

Clearly, far more can be done. At the moment, a third of the world's farmland is degraded, and a third of all commercial fish species are overexploited. Since 1970, nearly 90 percent of the planet's wetlands have been destroyed.

The consequences of all this destruction are already impacting 40 percent of the world's population, the report explains, and still, no existing commitment to ecosystem protection has been fully met, not by any country in the world.

If we continue down this track, experts warn it could cost us not only our environment and our health, but also our economy. Half the world's GDP is dependent on nature, and every year we lose ecosystem services worth more than 10 percent of our global economic output.

"If we can manage to reverse this trend, massive gains await us," the UN report urges.

Not only can environmental restoration curb mass extinctions and also possible future pandemics, it will largely pay for itself.

Restoring fish populations in the ocean through sustainable harvesting, for instance, could produce an extra US$32 billion each year. In general, researchers have found every dollar invested in restoration creates up to 30 dollars in economic benefits.

But we need to act quickly if we want to reap those benefits. In the long run, the cost of delaying action will be far more expensive. If ecosystems continue to decline, estimates suggest the world could lose US$10 trillion in global GDP by 2050.

"We need imagination," Tim Christophersen, coordinator of the UN's decade on ecosystem restoration, told The Guardian.

"For many people, I think restoring a billion hectares is a bit abstract. We have decades of experience of how this could work but never on the scale we're talking about. We have space programs and nuclear weapons – it is possible."

The UN report on ecosystem restoration can be found here .