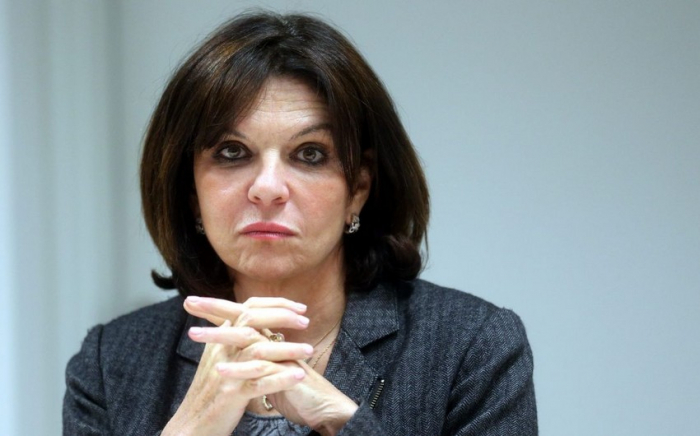 French Senator Nathalie Goulet extended her deepest condolences to the families of the two Azerbaijani journalists Siraj Abishov and Maharram Ibrahimov killed on June 4 as a result of a mine explosion in Kalbajar district, previously liberated from Armenian occupation, AzVision.az reports.

“I saw the magnitude of the mines-land. More mines had been set there than in Demilitarized Zone (DMZ) between North and South Korea,” Goulet said.

The senator stressed that Armenian forces have to provide a map of minefields.

“International community, and especially France must stop the unbalanced policy in favor of Armenia,” Goulet said.

“I visited the Mine Action Agency of the Republic of Azerbaijan. The international community must help Azerbaijan to clean all landmines and help peace process by a fair and balanced policy,” the senator noted.

“I ask my European colleagues to travel to Azerbaijan to make their own opinion, instead of supporting Armenian lobby for electoral reasons,” Goulet added.