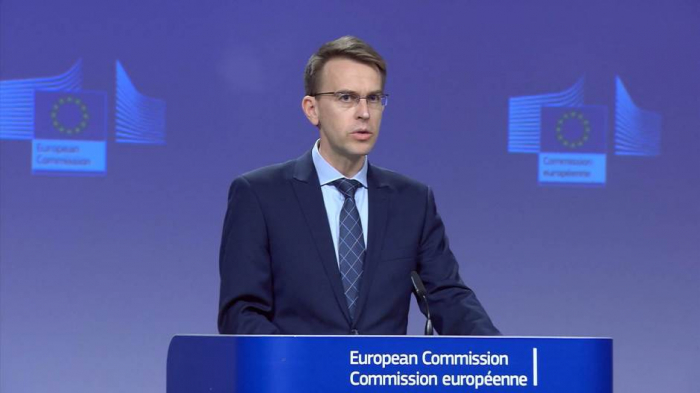 Civilian casualties of landmines must be prevented, spokesperson for the external affairs of the EU Peter Stano said, AzVision.az reports citing Stano’s Twitter.

He said that all information necessary for demining must be exchanged. European Union supports ban on land mines, he added.

Employees of Azerbaijan's AzTV channel and AZERTAC news agency were killed as a result of the mine explosion in Kalbajar district, a source in AZTV said on June 4.

According to the source, the TV channel’s cameraman Siraj Abishov, born in 1989, and the agency's employee Maharram Ibrahimov, born in 1982, was killed in a mine explosion while on duty.