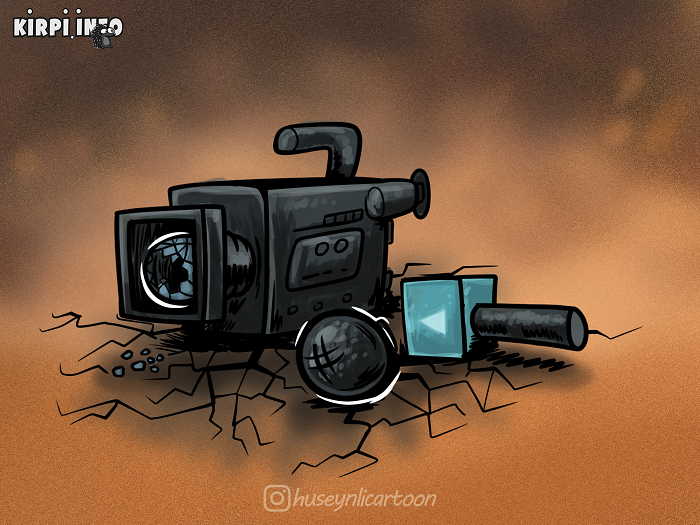 As earlier reported, a car with employees of Azerbaijani TV channels and news agencies sent to the Kalbajar district was blown up by an anti-tank mine in the direction of Susuzlug village at about 11:00 (GMT+4) on June 4. As a result, the operator of the Azerbaijan Television and Radio Broadcasting CJSC (AzTV) Siraj Abishov, an employee of the Azerbaijan State News Agency (AZERTAC) Maharram Ibrahimov, the deputy representative of the Mayor’s Office of the Kalbajar district in the administrative-territorial district of Susuzlug village Arif Aliyev were killed. Also, four more people got injured and were hospitalized.

Since the end of the Second Karabakh War last year, more than 120 civilians have become victims of landmines planted by Armenians. Yesterday's incident , the death of two Azerbaijani journalists once again showed the bitter consequences of Armenia’s refusal to provide mine maps and became the highest peak of the Armenian vandalism. Immediately following the incident, the world media published articles about the details of the incident, which killed two journalists on duty. Representatives of various international organizations shared views on the gravity of the tragedy.

EU Special Representative for the South Caucasus and the crisis in Georgia Toivo Klaar also reacted to the incident: “Tragic deaths and injuries of Azerbaijani civilians in Kalbajar yesterday. Important to have full exchange of information for effective demining to prevent further casualties. Azerbaijan and Armenia need to make every effort to resolve key humanitarian issues, including the release of detainees.”

"Civilian casualties of landmines must be prevented", spokesperson for the external affairs of the EU Peter Stano tweeted.

The statement also included the opinions by the Secretary General of the International Federation of Journalists Anthony Bellanger and General Secretary of the European Federation of Journalists Ricardo Gutierrez. They called on Armenian officials to provide maps of the mined areas to prevent future civilian deaths and expressed condolences to the families and friends of the victims.

Al Jazeera has published article on the mine blast in Azerbaijan's Kalbajar district. The report also refers to the information spread by the relevant government agencies of Azerbaijan about the incident, as well as official statements about the dead and seriously injured people.

The Turkish media also reacted to the tragedy in Azerbaijan's Kalbajar. "TRThaber", "CNNTurk", "Sabah","Ahaber" and other leading media outlets have widely covered the consequences of the Armenian vandalism. Publishing information in different languages, the Turkish media drew the attention of the world community to the Kalbajar tragedy.

Besides, the Asian media informed the world community about the serious consequences of the landmine threat in Karabakh.

Article published by India's Uniindia news agency included information about the number of victims of mine explosions in Karabakh: “According to the rights commissioner, over 120 people have been killed and wounded due to mines and other explosive devices. “