A Curse Worse than Cash - OPINION 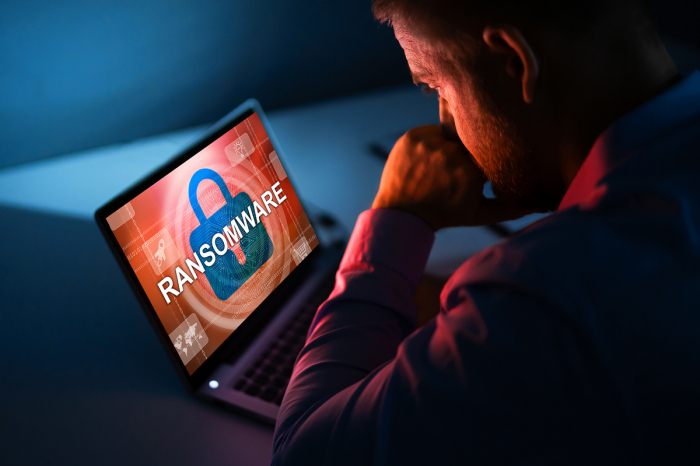 Although prominent cryptocurrency advocates are politically connected and have democratized their base, regulators simply cannot sit on their hands forever. Malicious ransomware attacks targeting growing numbers of firms and individuals could prove to be the tipping point.

Ransomware – a type of malicious software that restricts access to a computer system until a ransom is paid – is not a good look for cryptocurrencies. Proponents of these digital coins would rather point to celebrity investors such as Tesla founder Elon Musk, Dallas Mavericks owner Mark Cuban, star football quarterback Tom Brady, or actress Maisie Williams (Arya in Game of Thrones). But recent ransomware attacks, and cryptocurrencies’ central role in enabling them, are a public relations disaster.

The attacks include last month’s shutdown of the Colonial Pipeline, which drove up gasoline prices on the US East Coast until the company paid the hackers $5 million in Bitcoin, and, even more recently, an attack on JBS, the world’s largest meat producer. Such episodes highlight what for some of us has been a longstanding concern: difficult-to-trace anonymous cryptocurrencies offer possibilities for tax evasion, crime, and terrorism that make large-denomination bank notes seem innocuous by comparison. Although prominent cryptocurrency advocates are politically connected and have democratized their base, regulators cannot sit on their hands forever.

The view that cryptocurrencies are just an innocent store of value is stupefyingly naive. Sure, their transaction costs can be significant enough to deter most ordinary retail trade. But for anyone trying to avoid stringent capital controls (say, in China or Argentina), launder illicit gains (perhaps from the drug trade), or evade US financial sanctions (on countries, firms, individuals, or terrorist groups), crypto can still be an ideal option.

After all, the US government has for many decades turned a blind eye to the role its $100 bills play in facilitating weapons purchases and human trafficking, not to mention undermining poor-country governments’ ability to collect tax revenues or maintain domestic peace. Although Bitcoin and its crypto variants have by no means surpassed the dollar in facilitating the global underground economy, they are certainly on the rise.

As even top US financial firms seek to offer crypto options to their clients, one might well ask what people are investing in. Contrary to frequent claims that there is little use for cryptocurrencies in transactions and no underlying business, there is a thriving one: aside from being a bet on dystopia, cryptocurrencies offer a way to invest in the global underground economy.

If governments will ultimately have to increase dramatically their regulation of crypto transactions, why have cryptocurrency prices in general, and the price of Bitcoin in particular, soared (albeit with headline-grabbing volatility)? Part of the answer, as economic theory tells us, is that with interest rates at zero, there can be massive and sustained bubbles in intrinsically worthless assets. Moreover, crypto investors sometimes argue that the sector has become so big, and attracted so many institutional investors, that politicians will never dare regulate it.

Perhaps they are right. The longer it takes for regulators to act, the harder it will be to get private digital coins under control. The Chinese and South Korean governments recently started cracking down on cryptocurrencies aggressively, although it is not yet clear how determined they will be. In the United States, the financial-industry lobby has been relatively successful in holding back meaningful regulation of digital assets; witness the recent retreat to the US of Facebook’s digital-currency project in the face of global regulatory pushback orchestrated by the Swiss authorities.

True, US President Joe Biden’s administration is now, at least, moving to force reporting of cryptocurrency transfers of over $10,000 as part of its efforts to collect a larger share of taxes owed. But, ultimately, reducing the potential liquidity of hard-to-trace crypto will require a high level of international coordination, at least in advanced economies.

In fact, that is one argument for why a cryptocurrency such as Bitcoin might justify its lofty value of about $37,000 at the end of May (although its price changes like the weather). If Bitcoin is an investment in the transactions technology underpinning the global underground economy, and if it takes many decades for even advanced economies to rein in the currency, then it can earn a lot of rents from transactions in the meantime. After all, we do not have to expect a company to be in business forever – think fossil fuels – for it to have significant value today.

Of course, there will always be a market for cryptocurrencies in war-torn countries or pariah states, although their valuations would be much lower if coins could not be laundered into rich countries. And perhaps there are technologies for stripping away anonymity and thereby removing the main objection to cryptocurrencies, though one suspects that would also undercut their main selling point.

No one is arguing against the blockchain technology that underpins cryptocurrencies and has vast potential to improve our lives, for example, by providing a trusted tamper-proof network for monitoring carbon dioxide emissions. And although operating the Bitcoin system itself requires enormous energy consumption, there are now more environmentally friendly technologies, including those based on “proof of stake.”

Unfortunately for those who have invested their life savings in cryptocurrencies, ransomware attacks that target growing numbers of firms and individuals could prove to be the turning point when regulators finally develop some backbone and step in. Many of us know people whose small, struggling companies have been decimated by such extortion. While governments may have better cryptocurrency-tracking tools than they let on, they are in an arms race with those who have found an ideal vehicle for making crime pay. Regulators need to wake up before it’s too late.


Kenneth Rogoff, Professor of Economics and Public Policy at Harvard University and recipient of the 2011 Deutsche Bank Prize in Financial Economics, was the chief economist of the International Monetary Fund from 2001 to 2003. He is co-author of This Time is Different: Eight Centuries of Financial Folly and author of The Curse of Cash.