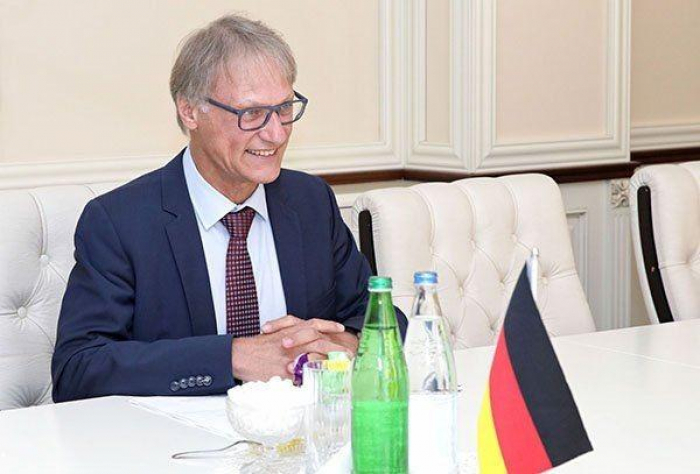 The diplomat also expressed his deepest condolences over the death of Azerbaijani journalists Siraj Abishov and Mahararm Ibrahimov in a landmine explosion in Kalbajar on June 5.

“The mandate of the OSCE Minsk Group, given by UN Security Council in 1993 to promote a negotiated conflict resolution, still prevails. Germany as a member of Minsk Group supports the mandate and the co-chairs in fulfilling it,” Manig said.