Azerbaijanis hold protest against mine deaths in the Neatherlands - PHOTO At the initiative and organization of the Benelux Azerbaijanis Congress (BAC) in Rotterdam and The Hague, the Netherlands, our young compatriots have held rallies of "Stop mine death!".

Our compatriots living in the Netherlands protested against the death of cameraman of Azerbaijan Television Siraj Abishov and correspondent of the Azerbaijan State News Agency Maharram Ibrahimov in an anti-tank mine explosion planted by Armenia in the Kalbajar region. Dutch people also joined our young compatriots. Participants of the rally were holding posters with slogans of "End mine death!", "Armenia, give me mine maps!". They protested against Armenia's refusal to provide mine maps in densely populated areas of the cities and conveyed Armenia's destructive position to local residents. The protesters answered all the questions of the residents. 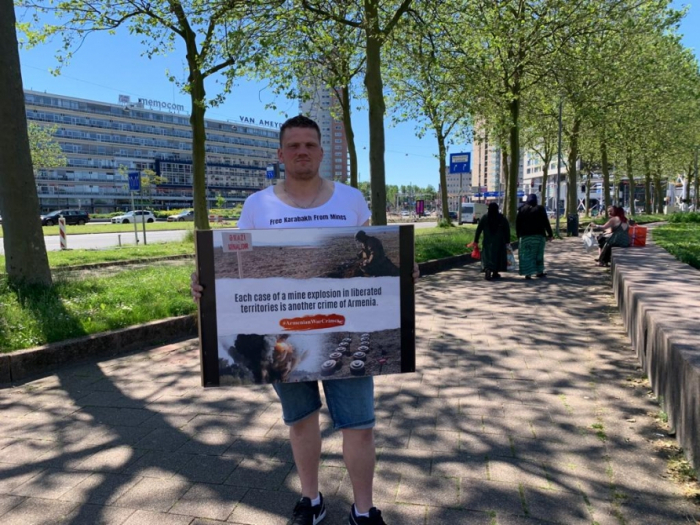