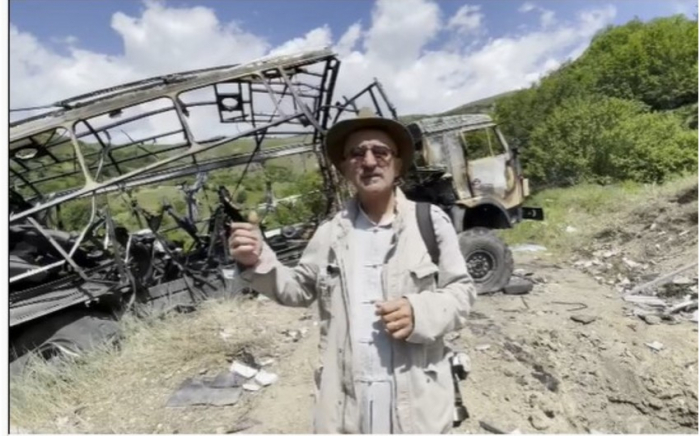 “Two Azerbaijani journalists were killed here when their car hit one out a million landmines planted by Armenian forces in Karabakh. After their military defeat, before leaving they planted thousands of more landmines and booby traps. Against all international treaties and Geneva convention the Armenian government refuses to give the landmines map, causing hundreds of new deaths and mutilations especially civilians and delaying the reconstruction and refugees' return,” Deghati said in a post on Instagram.