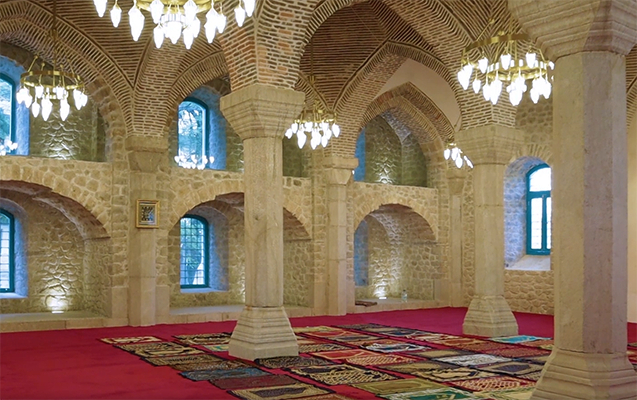 The Heydar Aliyev Foundation is working on the restoration and repair of three historic mosques in Azerbaijan’s Shusha city, AzVision.az reports.

Karbalai architect of all three mosques is Safikhan Garabagi, and the mosques have been included in the list of historical and cultural monuments of national importance.

These mosques, like many other historical and cultural monuments, were vandalized during the occupation of Shusha city by the Armenians.

The interior of Yukhari Govhar Agha Mosque was destroyed, the decor of the minarets was damaged, the covering and other architectural elements were also destroyed. The first stage of the reconstruction of the mosque has been completed and the work is underway in the second stage.

At this stage, the stones in the walls of the mosque are put in accordance with the original project.

Assessment work is being carried out with the participation of foreign experts in Ashaghi Govhar Agha Mosque, which was destroyed during the Armenian occupation.

After the occupation of Shusha city by the Armenians, the Saatli historic mosque, located in the Saatli area of the city, was destroyed and turned into ruins.