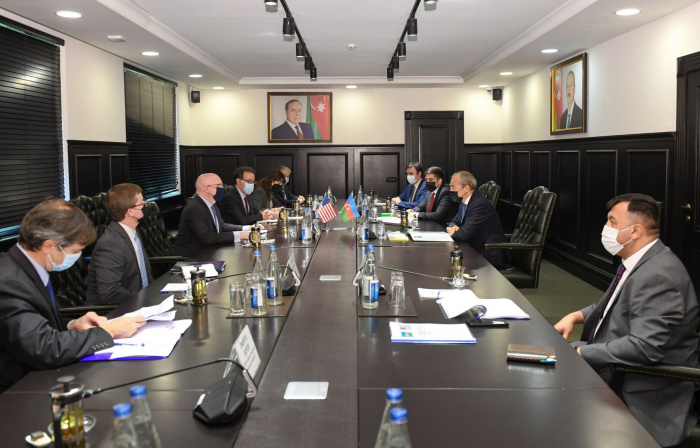 Azerbaijan is discussing the participation of the US companies in the reconstruction of the Azerbaijani territories liberated from the Armenian occupation, AzVision.az reports on June 9 referring to Azerbaijani Economy Minister Mikayil Jabbarov’s message on Twitter.

“Today, at the meeting with US Assistant Secretary of State for European and Eurasian Affairs Mr. Philip Reeker and his colleagues, we discussed the development of economic and trade relations between our countries,” Jabbarov tweeted.

“Moreover, the views on investment of the US companies in Azerbaijani economy were exchanged,” the minister said.

Earlier, Reeker said that Azerbaijan is a partner of the US, which attaches great importance to its relations with it.