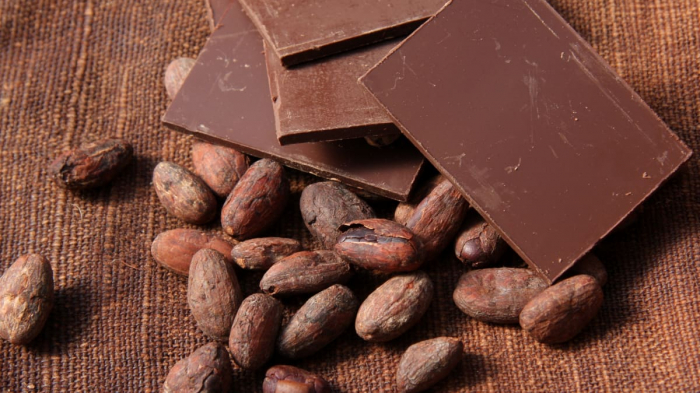 From putrid water to fizzy cola, food processing gave us preservation, consistency and innovation. So how did it become associated with unhealthy food?

From the moment one innovative ancient human decided to cook their meat on fire at least 400,000 years ago, to the advent of agriculture 10-15,000 years ago, people have processed foods. Our ancestors fermented (essential for alcohols and dairy products), milled and baked (bread and pasta), and worked out how to preserve meat by salting or brining. The early history of food processing was both useful and tasty.

Food processing was essential to the expansion of human civilisation. How did it become synonymous with high-fat, high-sugar, high-salt diets? And do the processed foods we eat today bear any resemblance to their original forms?

Each of the early forms of food processing mentioned above has a clear purpose: cooking adds flavour and softens foods – making root vegetables and legumes easier to chew and extract nutrients. Fermentation, milling and baking also make some foods more nutritionally available and easier to digest. It’s very difficult for our bodies to extract anything useful from a kernel of wheat, but ferment it into beer or mill it into flour and you can make a calorie-rich food. Techniques like salting or pasteurisation make foods safer and last longer. This allowed humans to travel further and survive cold winters or harsh famines.

We still do this today. Much of food processing is about making foods safer and longer-lasting, which is better for the environment as it means less food waste. But clearly, some processed foods are very bad for your health. Where did this happen?

The 4th Earl of Sandwich is perhaps best known for lending his name to two slices of bread with a filling in between. However, he has another claim to a lunchtime staple – soft drinks.

Soda, fizzy drinks, pop – whatever you call them, they started life in Britain 250 years ago. The Earl of Sandwich then held the title of First Lord of the Admiralty and oversaw the welfare of Britain's navy.

Sea voyages in the 18th Century were slow, miserable affairs. They might last months away from land and supplies of fresh food and water. The crews relied on their provisions. Water could be stored for weeks or months in the hold (desalination was a nascent science and not yet widely used in the 18th Century) where it festered and went stale. No wonder sailors preferred rum.

In search of a way to make stale freshwater more palatable, Sandwich turned to chemist Joseph Priestley. Natural sparkling water from springs was already consumed for its health benefits – Priestley wanted to manufacture his own.

In a 1772 pamphlet, Priestley described a 15-minute method of producing a vessel of "water impregnated with fixed air [carbon dioxide]". It was his belief that carbonated water (he called it "medicated water") might prevent scurvy: "In general the disease in which water impregnated with fixed air will most probably be serviceable are those of a putrid nature," he wrote.

He was wrong. But he had stumbled onto something reasonably useful – carbonated water is slightly acidic, which means it’s a little anti-microbial and therefore goes stale slower than still water. "Bacteria are not big fans of carbonic acid," says Michael Sulu, a biochemical engineer at University College London in the UK.

To the approval of the Earl of Sandwich, Priestley’s medicated water was a success.

Driven by innovation, medicated waters took off. Early successes included tonic water, infused with quinine from the bark of the cinchona tree, which acted as an antimalarial. Tonic water with quinine was widely drunk by Europeans from the mid-19th Century for this reason (although the antimalarial properties of cinchona bark were known for centuries beforehand by indigenous South Americans).

What happened next is a similar story for many of the highly processed foods on our supermarket shelves.

Modern high-sugar soft drinks are “heavily vilified”, says Sulu – far from their good-for-you origins. Likewise, breakfast cereals are far removed from the grains our ancestors milled, and modern chocolate, meats, dairy, even ice cream would be unrecognisable to our ancestors. So how did we get to this point?

The search for natural extracts with which to fortify sparkling drinks in the 19th Century led to even more exotic medicated waters. Various companies started to produce stimulating, caffeinated "cola" drinks with extracts from the kola nut. Pepsi-Cola, originally concocted in the 1890s and named “Brad’s Drink”, was a digestive aid. Its name is thought to be a nod to pepsin, one of the digestive enzymes, or dyspepsia, the scientific name for indigestion, and the cola flavour, though the recipe contained neither kola nut nor pepsin.

Coca-Cola, flavoured with kola nut and coca leaves, was first advertised as an "ideal brain tonic" in the late 19th Century. The combination of caffeine and coca leaves made it a stimulating drink. Coca leaves had been chewed raw or brewed in tea to release their psychoactive agents by indigenous South Americans for centuries. (Coca-Cola says the drink never contained cocaine, which can be derived from coca leaves)

As customers demanded the same, consistent taste, smells and colours, and as rules and regulations outlawed certain ingredients, food manufacturers had to adapt their products. It was the demand for a consistent tomato relish, for example, which led to the development of Heinz’s ketchup.

Could the taste and texture of a product be recreated with an extract instead of a whole ingredient? Advances in chemistry was making it possible. And, it could make food cheaper.

"The problem is that, in the past half-century, a different type of food processing has been developed," says Fernanda Rauber, a nutritional epidemiologist at the University of São Paulo, Brazil, about what we now call "“ultra-processed foods”. "These substances would not be found in our kitchen. Usually, they contain little to no proportion of real foods."

"Very commonly, they use what we call cosmetics additives – colours, flavours, thickener, emulsifiers, gelling agents – to improve the sensory properties of the food, to give something to the substance that otherwise would taste like nothing, just plain starch," says Priscila Machado, a public health nutritionist at Deakin University in Geelong, Australia. "The problem when you think about these substances, in isolation they don’t add anything particularly nutritious to the food. Food is more than the sum of the nutrients they contain. There are no antioxidants and phytochemicals that we find in whole foods if they are stripped out in processing." Even when nutrients are added back in, like cereals fortified with iron or fibre, food might not be as healthy as it seems. Added nutrients don’t work as well as those found in whole foods, she says.

"It's those phytochemicals – flavonoids, polyphenols – that have the health benefits," agrees Eileen Gibney, deputy director of the University College Dublin Institute of Food and Health in Ireland.

If you check the ingredients list of a modern Coca-Cola you will find only "natural flavours", the identity of which are a protected secret. Coca-Cola still contained extracts from the coca leaf until at least 1988, even if the cocaine was removed much earlier. The drink became successful because of its coca flavour, not because of its "tonic" effect. Sulu says that some modern food processing is done for aesthetic reasons and not the original reason, which might have become redundant.

Like soft drinks, modern chocolate is far removed from its original iteration. Chocolate originates from ancient Mesoamerica where cacao beans were brewed as a bitter-tasting hot drink. We know broadly how these hot chocolate drinks were prepared by analysing layers of residues absorbed on the insides of Ancient Maya pottery from AD250: the cacao beans were ground, but not to a dry powder as we might expect today, instead of to an oily pulp. After brewing, the oils would sit on top of the drink and the bean grit would sink to the bottom creating layers on the inside of cups. Depictions of hot chocolate drinkers in Ancient Maya artworks also reveal that hot chocolate might have been intended for communal use in ceremonies.

The Aztecs made the next chocolate innovation, choosing to drink their chocolate cold and spiced. Separating the butterfat, grinding and roasting the dry bean mass to produce a cocoa powder was an innovation that came later, and might have made it easier to store or transport. By drying the powder, chocolate could be traded as a commodity or shipped across seas. No longer could it only be prepared fresh for ceremonies?

Chemists began experimenting with new reformulations for chocolate as the market for confectionery boomed. It wasn’t until the 1840s that anyone attempted to mass-produce a solid chocolate bar by mixing cocoa powder, sugar and cocoa butter.

Today, added sugar contributes to a lot of the health problems that people associate with processed foods (they account for more than 10% of people’s total calories). But it wasn’t always the case. Sugar was a luxury product for a long time. So, why are refined sugars added in such quantity to our processed foods, and why don’t we use more natural sugars such as fructose?

"Sugars obtained by chemical syntheses, such as high-fructose corn syrup and invert sugar, are common low-cost ingredients of ultra-processed foods," says Rauber. "Sugars are used in large quantities by the food industry to give flavour to foods that have had their intrinsic flavours processed out of them and to mask any unpleasant flavours in the final product. These sugars are not only used as sweeteners but have important technological functions in foods, providing texture, bulk, colour and acting as preservative agents."

It’s true that fruits contain a lot of natural sugar, "but it is surprisingly low for the sweetness that you get," says Sulu. By comparison, processed confectionery contains more sugars for the same sweet hit. Much of the sugar is there to cheaply bulk out the processed food.

Sugars, fats and salt have all been the subject of public health campaigns, but as Rauber says, it’s not always simple to remove them from foods where they serve a chemical function. Take, for instance, emulsions added to low-fat foods to give the mouthfeel of fat, which is widely being regarded as the “sixth taste”. We might need to get used to more processing – though for reasons of public health – in the future as we find ways to keep food fresh and looking its best without these ingredients.

Finding new ways to structure foods will be an important form of food processing in the future, agrees Gibney, as we move towards a plant-based diet. "Plant-based diets are really going to challenge the concept that we are going to process less," she says. "The nature of having to extract nutrients from plants to create products that consumers will want to taste, feel and smell the same will mean we need to process food. Are we moving away from one kind of food for ethical reasons and moving towards something that is more processed?

"I think that if you look to the future, we are going to have to embrace food processing," she says.