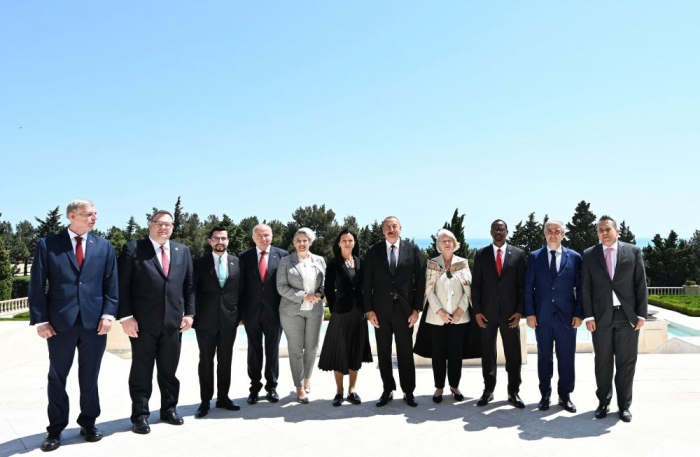 President Ilham Aliyev spoke with the ambassadors about bilateral relations and regional issues.