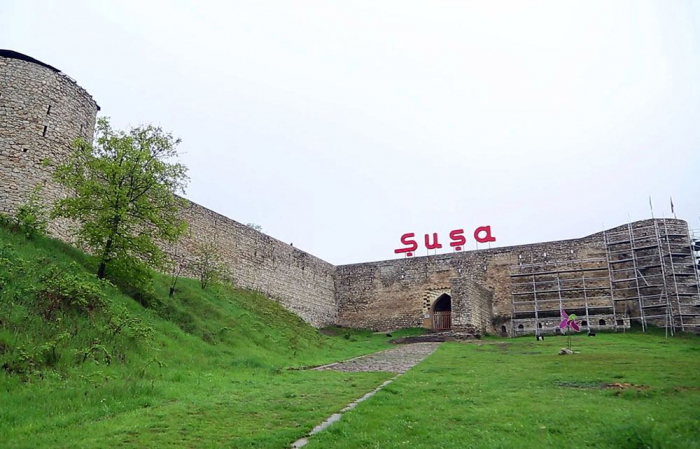 "Musical Heritage and Karabakh Horses on Jidir Duzu" musical composition was presented in Azerbaijan's Shusha city, through the organization of the Heydar Aliyev Foundation on June 15, AzVision.az reports.

The dances of the ballet troupe of the Azerbaijan State Academic Opera and Ballet Theater, the Azerbaijan State Song and Dance Ensemble named after Fikret Amirov, the Mirvari dance ensemble and students of the Baku Choreography Academy, "Natig" rhythm group were demonstrated during the musical composition along with the grandiose performance of the Karabakh horses presented by the Azerbaijan Equestrian Federation.

The folk and composer songs of Azerbaijan and Turkey were performed within the program.

During the event, Karabakh horse "Zafar", a horse of one of the oldest horse breeds, and "Kharibulbul" the composition were presented to President of Turkey Recep Tayyip Erdogan.

During the "Kharibulbul" composition, two kharibulbul flowers, which are considered a symbol of the Nagorno-Karabakh region, united to personify the eternal friendly and fraternal relations between Azerbaijan and Turkey.

A collection of publications of the Heydar Aliyev Foundation entitled “The Cultural Heritage of Karabakh” was presented to the guests of the event, organized in Shusha. The collection includes publications in the fields of literature, music, architecture, folk art and carpet weaving.