Does processed food have worse impact on planet? - iWONDER 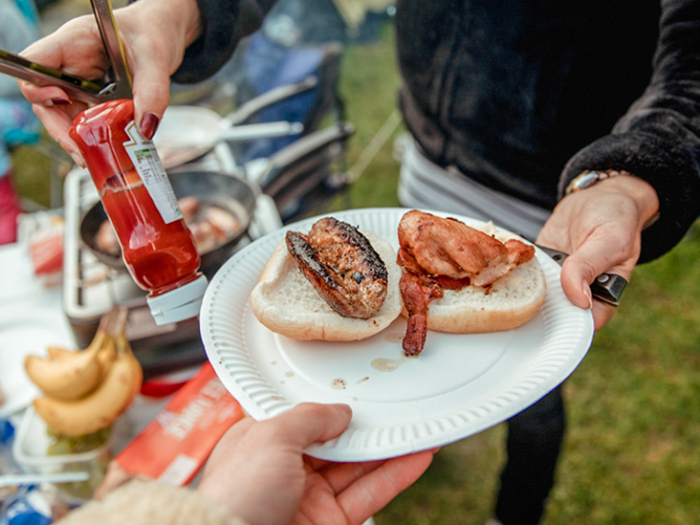 It's becoming increasingly difficult to ignore how our eating habits are damaging the planet.

Our food system affects groundwater supplies, generates a third of the world’s greenhouse gas (GHG) emissions, and uses up a lot of land, which involves converting natural ecosystems and causes a loss of biodiversity.

In response, scientists advise we cut down on meat, reduce food waste and buy more locally produced food. But would the planet also benefit from us eating less processed food?

Food can be divided into unprocessed or minimally processed, processed, and ultra-processed. Ultra-processed food, such as chips and cake, accounts for just over half of the calories we consume.

Unprocessed, locally sourced foods, such as whole fruits and vegetables, have a relatively low carbon footprint. Research has also found that minimally processed vegetarian foods have among the lowest environmental impact.

But buying minimally processed food – such as dried fruit, sliced or frozen vegetables or pre-cooked rice – might actually result in fewer emissions than buying unprocessed fruit and vegetables and adding in this step at home. That includes chopping and freezing, not just cooking.

"One needs to look at how processing adds a step that you’d otherwise do," says Marco Springmann, senior researcher on environmental sustainability and public health at the University of Oxford.

"If you processed some food at home, then chances are you expend more energy doing that, as the process isn't as streamlined as a big factor."

What about all the resources and energy needed to make all the ingredients in ultra-processed food? The sustainability of a food depends on how much energy goes into processing, storing, preserving and refrigerating it, and how much of it we waste, says Shelie Miller, associate professor at the University of Michigan's School for Environment and Sustainability.

"It's, therefore, the type of ingredient, rather than a number of ingredients, or whether it's processed or not, that drives the environmental impact of a food," she says.

Ultra-processed foods, which are made mostly from substances extracted from foods, have mostly low-impact ingredients. That includes the fats and other preservatives used to help food store longer.

"Processed foods broadly look pretty sustainable, but that's more indicative of their ingredients as opposed to processing itself," says Michael Clark, a researcher at Nuffield Health's department of population health.

However, one paper published last year points out that any ultra-processed foods containing palm and soy oils have "substantial negative environmental effects".

Another ingredient that does matter when talking about greenhouse gas emissions in processed food is meat. Researchers have found that ultra-processed foods have a low environmental impact if they contain no, or only small, amounts of animal-sourced ingredients.

"Many of these staple core ingredients have low GHG emissions and other environmental footprints," says Springmann, and add only 5-10% to our food footprint.

The environmental impacts of ultra-processed foods – low or high – aren’t the only factor to consider. They typically have more packaging than minimally processed and unprocessed foods. However, this packaging is also unlikely to contribute very much to emissions, says Springmann.

In fact, ultra-processed foods can also contribute to reducing these emissions. The most sustainable way to consume food is to only make as much as we eat. Ultra-processed foods can help with this since they're made to last longer in our cupboards, thanks to ingredients added to prolong shelf life, so we're less likely to waste them.

If you waste vegetables, there's still an environmental impact, but it's much smaller because the amount of energy that goes into producing them is much smaller – Shelie Miller
However, food loss and waste usually impact perishable foods, such as fruit and vegetables, and staple grains, such as potatoes, which tend to have fairly low emissions.

"We process foods across the spectrum; so it comes down to a question of food waste. If you waste meat, it will have a fairly large environmental impact because producing it is so environmentally intensive," says Miller.

"If you waste vegetables, there’s still an environmental impact, but it's much smaller because the amount of energy that goes into producing them is much smaller."

But the potential these ultra-processed foods have to make use of food that would otherwise be wasted is big enough to counter any environmental impacts from processing, says Miller. This is partly because refrigeration uses a lot of energy, contributing to emissions.

Any processing will add lots of energy and additional manufacturing steps into our food system and create more environmental impact. But if we process food and its shelf-stable and don't have to refrigerate it, that could sometimes be better environmentally."

In addition, in recent years there’s been an influx of companies who make snacks and drinks using food that would otherwise be lost through supermarket regulations around a product's appearance, such as a wonky carrot or apple, or food that's too ripe to be sold.

Of course, a lot of processed meat products also use up food that would otherwise be wasted, but their carbon footprint is still much higher than processed fruit and vegetable products.

But while meat products have more of an impact on the environment before they arrive on our plates, how we consume food when it reaches us also matters. Research suggests that the unhealthiest foods often have the highest environmental impact, with the exception of sugar.

We have a tendency to overeat ultra-processed foods, thanks to their convenience and highly palatable ingredients that never quite seem to fill us up. One study found that subjects who ate an ultra-processed diet for two weeks ate on average 500 more calories a day than those put onto a diet consisting of unprocessed food. And research shows that eating more calories causes more greenhouse gas emissions and plastic pollution.

"People tend to eat more than minimally processed, which is problematic as it drives consumption, which is a driver of environmental impact.

"Planetary resources that could be otherwise used for something useful to our health are being used to make food that’s not necessary to the human diet," she says.

The effects of our processed food consumption could be traced even further back to the health and social care resources required to care for a healthy population versus one with higher rates of obesity-related diseases, researchers argue.

And although minimally processed food often has a lower carbon footprint than a homemade meal, one study found that home cooking was lower carbon than a more highly processed ready meal. This is because the food chain of a home-cooked meal typically involves less manufacturing, refrigerated storage and waste than one which has undergone major processing, like commercial cooking.

However, the assessment often doesn't take into consideration all stages of processing, packaging, and distribution, says Seferidi. As a result, there’s a lack of research examining the environmental impact of foods, she says.

While it's healthier to opt for a salad if having crisps in the cupboard helps you reduce food waste, or eating plant-based burgers allows you to cut down on your meat intake, then processed food might actually be contributing to lowering your carbon footprint. Factory may sometimes be greener than a farm.