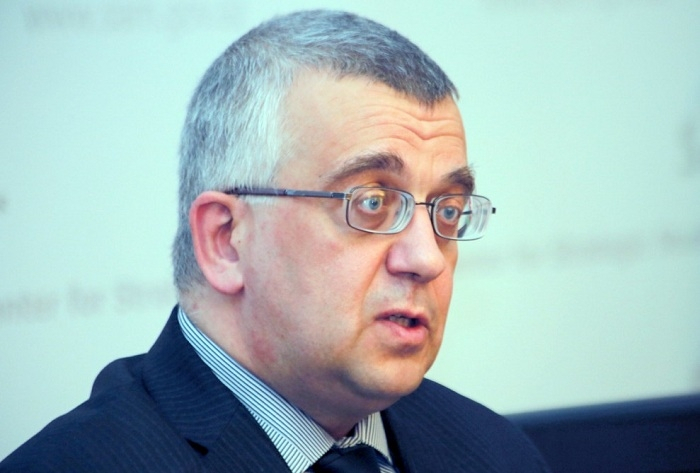 From the first day of its existence, the new Armenian government will have to act in the new geopolitical realities without a period of adaptation or getting used to it, said Russian historian and political analyst, professor Oleg Kuznetsov, AzVision.az reports.

“I did not expect that the victory of Pashinyan's supporters would have such great weight - 54 percent of those who took part in the voting process, which would allow them to form their own non-coalition government,” he said.

“In fact, following the election results, Pashinyan's supporters in parliament, compared to the previous composition of 2018, if they lose anything in terms of the number of mandates, this loss will be minimal, which will not affect the course of Armenian foreign and domestic policy," the analyst said.

“It is possible to say that Pashinyan was supported by the middle layers of the urban population,” Kuznetsov said.

“The frankly revanchist content of [Robert] Kocharyan’s election campaign pushed away this traditionally conservative part of the electorate,” the analyst said.

“An ordinary Armenian citizen did not even think about the new war against Azerbaijan, which Kocharyan called for at the rallies of his supporters in Yerevan,” Kuznetsov noted.

“I am sure that most of the current Armenian military personnel and reservists, as well as their family members, voted for Pashinyan only in hope that there won't be any new war during his term in the office," the analyst said.

"To be honest, at the end of the electoral race in Armenia, I hesitated about my predictions about the election results, succumbing to massive and aggressive propaganda in favor of the political bloc of ex-president Kocharyan, disseminated in the Russian media,” Kuznetsov said.

“Although I was not mistaken in my forecasts about his electoral prospects, saying that a quarter of the Armenian citizens would vote for him,” the analyst said.

“The unprecedented efforts of the official Russian press in favor of this politician once again showed the strong influence of the Armenian political criminality on the Russian media outlets, interest of the certain political forces in the Russian Federation in the restoration of power of the "Karabakh clan" for Armenia," he said.


“In fact, so many Russian information resources were involved in the election campaign in Armenia that it is possible to freely speak about Russia’s open interference in the election, which, however, did not help change the internal political situation there," the analyst said.

“It is still difficult to talk about the change in Armenia’s behavior, if it changes at all, on the international arena,” the analyst said.

“Today, it is possible to say with certainty that Pashinyan's party has all the legal grounds to form a new Armenian government on its own, without creating a coalition,” Kuznetsov said.

“But proceeding from the details and nuances of the Armenian domestic political situation, I think that Pashinyan will attract two or three second-layer parties to the coalition, not only to strengthen the parliamentary majority, but also to expand the intellectual base for the formation of a new generation of Armenian bureaucracy by cleaning the country's authorities from the "Karabakh clan" supporters,” Kuznetsov said.

“Most likely, we will see a new government of a narrow parliamentary majority in Armenia very soon, which will mainly include representatives of Pashinyan's party and two or three ministers from small parties or even among non-party specialists," the analyst said.

“We will learn the new course of Pashinyan’s new government in early July, as soon as it is formed and approved by the parliament,” Kuznetsov said. “But even now it is clear that the issue of post-war settlement, as before, was and remains a priority.”

“The issues of ensuring internal security, but not only public security but also energy and food security will be the priority of Pashinyan’s new government,” Kuznetsov said. “These issues will become more urgent by the end of the summer season."

“Now, many foreign political analysts are wondering whether Kocharyan will be able to do the same trick he managed to do in spring 2018 against ex-president [Serzh] Sargsyan, that is, to bring protesting people to the streets to overthrow the government under the pretext of false voting results and the illegitimacy of election,” the analyst said.

“I don’t think this can happen,” Kuznetsov said. “Kocharyan has already mobilized absolutely all his socio-political potential in Armenia and was able to achieve the holding of snap parliamentary election. So, today Kocharyan will be unable to create a nationwide protest against the official voting results, as Pashinyan did in 2018.”