Why career breaks hit your confidence so hard - iWONDER 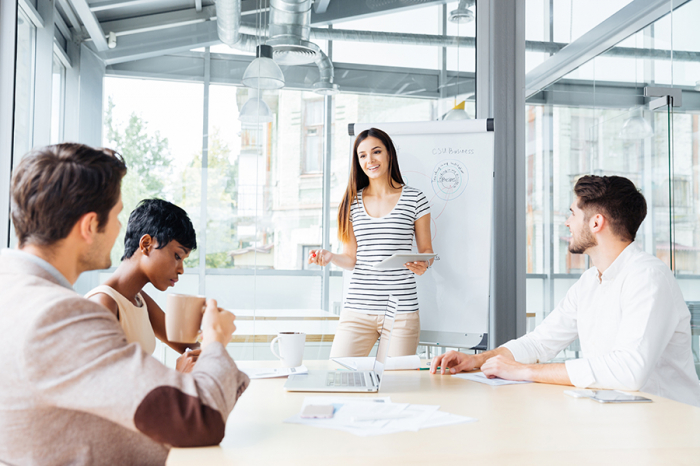 Time off from work – of any length – can shake your faith in your capability. Here's why you feel unsteady, and what you can do about it.

Although she went ‘back’ to work, her Manhattan office was shuttered and had already transitioned to remote work. She found herself on Slack and Zoom, trying to form connections with team members hired in her absence. In addition, she didn’t have any childcare available; Nelson-Shore and her husband live in a suburb near New York City – at the time, a Covid-19 hotspot – which meant that all facilities had closed. She was sleep-deprived from caring for “a baby who would only sleep when he was actively being held”, while trying to do her full-time job, which had changed radically since she’d gone on maternity leave.

After this 12-week gap from her job, Nelson-Shore’s confidence in her work had been shattered. And it showed. She was failing to live up to her manager’s expectations. Eventually, she was let go.

Under almost any circumstance, going back to work after a period away is hard. It can mean returning to new faces, policies and technologies, and it’s easy to feel like you’ve fallen hopelessly behind. That’s true whether it’s a short break, like Nelson-Shore’s three-month parental leave, or a span of a few years.

More than a third of all people returning to the workplace experience a dip in confidence, according to a new report from Vodafone UK. And a loss of confidence is nearly twice as prevalent in women, who are also generally much more likely to take career breaks, since childcare responsibilities tend to fall to them.

It’s an especially relevant issue now, as millions of global workers who were displaced by the pandemic – some of them for the better part of a year – look to return. This, too, has a disproportionate gender component. In the United States, the women’s labour force participation rate has dropped to just 57%; the lowest it’s been since 1988.

Many of those who left will be wanting to get back in, but it’ll mean wrestling with insecurity.

Why stepping away can shake you

It makes sense that time away – of any length – could deal a blow to your confidence, says Mary Shapiro, a professor of practice at Simmons University School of Business in Boston.

“You’re out of practice, or at least feel like you are,” she says. “If you’ve been out a long time, a couple of years or whatever, the industry has actually moved on. Take five years out, and maybe you’re coming back to an industry with new instruments, new laws, new ways of doing things. It’s appropriate not to go in feeling like, ‘I know everything, and I can pick up where I left off’.”

Not being able to easily jump back in, especially to a position in which you once felt very capable, can quickly make you question your abilities.

Various factors feed into this loss of confidence. For instance, the Vodaphone report indicates some returners are concerned about “technological change and the fact that former contemporaries or younger colleagues may have been promoted”. “Technology moves on so quickly. I think that frightens people,” says Lisa Unwin, a partner at London-based hiring consultancy Inclusivity, and co-author of She’s Back: Your Guide to Returning to Work.

“I think part of it is you just get left out,” continues Unwin. “When you’re working, your identity is very much tied up with your job, and that gives us a lot of self-esteem. If you take that away and you are ‘just’ a stay-at-home mom, for instance, that isn’t valued economically by society, and you haven’t got the self-esteem that comes with a job title.”

And when you do come back, it can be tough to reclaim that old identity and feel like you belong. When Nelson-Shore was preparing to return to work three months after giving birth, she was struggling with her confidence even before she added a full-time job back to her plate. “I was managing a lot of this sense that I wasn’t doing a good job, that I wasn’t parenting well enough,” she says. “Very quickly, that pattern of thinking began to translate over to work.”

During a break, other factors outside work, such as new home pressures or new relationships, can shape a new identity. That means it isn’t always seamless to snap back into the confident relationship with your job you held before, since who you are as a person may have changed. Even though she’d been extremely successful in the role before her leave, Nelson-Shore says she felt inefficient and sometimes almost incompetent – even when she was getting the work done.

For people of all genders, a lack of contact with the workplace can make you forget what you can achieve; you start to doubt yourself and forget past successes. The more recent struggles and failures are what stand out instead. But being reminded – or reminding yourself – of your capabilities can help.

How to get your groove back

Being let go was tough for Nelson-Shore, but after “taking some time to wallow”, she started to look back at her career before the break. Slowly, her confidence began to rebuild. Looking at old files reminded her she’d brought in more than $200,000 in just the few months before her leave.

“In the mental-health world, we talk a lot about fact-checking negative thoughts,” she says. “My thought was, ‘I’m not good at my job, I’m not as skilled at this as I think I am’. But the data says no, your direct contributions are valuable. Then it’s like… ‘OK, actually, I think the quality of my work does stand on its own’.”

Nelson-Shore painstakingly reconstructed her confidence, and eventually launched her own, now successful, consultancy. But “it was work”, she says. “It wasn’t like, ‘oh, I’m going to look at this old spreadsheet and then I’ll feel good’. It was work. I had to show up and dig in and get my hands dirty.”

But Nelson-Shore’s tactic of revisiting past wins is something Unwin suggests anyone struggling with confidence should try. “It may mean going back to people you used to work with,” she says. “Reconnect with people who knew you in a previous life, who remember you as a professional person. Chatting with them about what working with you is like can remind you of that version of yourself.”

Connecting with former colleagues can be helpful in other ways, too, adds Unwin, especially if you’re trying to find a route back into the business. “If they stayed in work, they’re probably more senior now in the sort of place you might go back to work,” she says. “They can make introductions, open doors, give you advice.”

Shapiro also recommends looking to the past, but not just your past at work. “Look back at the gap,” she says. “What were some of the challenges you faced that had nothing to do with work? What skills allowed you to deal with them? Those are skills you may need when you’re back in that workplace.”

Identifying them can give you a confidence boost. For instance, those who took time off to raise kids may realise their time management skills have seriously improved. People who took time off to travel may come back better problem-solvers, and workers who were simply laid off – perhaps because of the pandemic – may find they’re now more resilient.

How companies can help

It’s in a company’s best interest to foster a confident workforce. This means that many are making it easier for returners to get back into the office, and supporting them once they’re there.

“They can actively look at their recruitment processes and find where there are steps that discriminate against anyone who’s not had a linear career,” says Unwin. “If the CV is being screened by young recruiters who are rewarded by how quickly they can fill a job, they’ll never look twice at someone without a linear CV.”

Adjusting job listings themselves can help as workforce ranks grow post-pandemic. Confidence issues can keep people – especially women – from even applying to open jobs, if they think there will be other, more qualified applicants, or fear they might waste an interviewer’s time. “One of the things organisations can do is be thoughtful around how crazy these job descriptions are. Women have a tendency not to apply to a job that lists 50 criteria when they only meet, say, 30,” explains Shapiro.

She points to a major pharmaceutical company she consulted for. “We decided to reduce the number of requirements for job listings, and divide them into absolute necessities, and nice-to-haves. The increase in women applicants and women who got the job was amazing.”

And returners who might be worried about a prospective employer judging them for the break itself shouldn’t let that impact their confidence. Another benefit to the pandemic-driven work shakeup, says Shapiro, is that gaps on a resume are becoming normalised, and are less likely to count against a job seeker.

“A gap on a resume no longer carries the suspicion it did as recently as a year or so ago,” she says. “Now, many people aren’t even batting an eye. And employers have to shift now: if they’re suspicious of everyone who changed their lives or circumstances during the pandemic, they’ll have a very small labour pool from which to draw.”